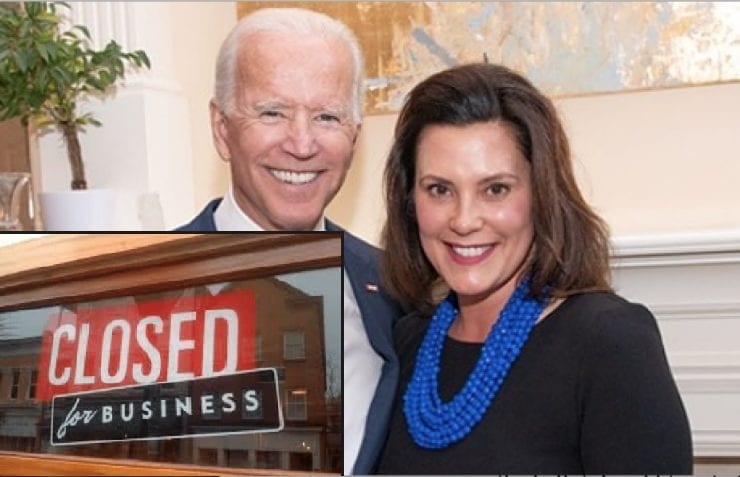 Put Michigan First, a pro-Whitmer group, received $1 million in July from the National Education Association, according to tax documents. AFT Solidarity, a political action committee tied to the American Federation of Teachers, has contributed $1.25 million in 2022 to Put Michigan First, tax records show.

PMF, which is affiliated with the Democratic Governors Association, is a 527 IRS tax-exempt organization, meaning there are no financial limits on contributions to it. The group has spent millions on ads boosting Whitmer and targeting Dixon, including a 30-second spot released Wednesday that calls out Dixon for her “extreme ideas,” such as wanting to “outlaw abortion.”

Education has remained a hot topic in the Michigan gubernatorial race. Whitmer has faced criticism from Republicans for her shuttering of in-person learning at schools amid the spread of COVID-19 and for supporting the policy long after schools opened. Teachers unions, including NEA and AFT, pushed for school closures across the country.

“It’s no wonder the teachers unions are spending big to reelect Whitmer,” Fred Wszolek, a Republican strategist in Michigan, told the Washington Examiner. “Whitmer’s record during her entire career as a politician has been to give a blank check to the unions and ask, ‘How high?’ when the teachers unions tell her to jump.”

“Whitmer’s senseless lockdowns left an educational wreckage behind that a generation of kids may never recover from, as the unions demanded the schools stay closed far longer than necessary,” added Wszolek. “They never missed a paycheck, but our kids missed out on more than a year of learning.”

Dixon has continued to call out Whitmer for the governor’s strict COVID-19 measures that critics say harmed child learning.

“I worked closely with my Republican and Democratic governors, and kids were out for three months,” Whitmer said in a gubernatorial debate on Oct. 25. “The fact of the matter is education is what levels the playing field for people, and we’ve underinvested in it for decades.”

“Perhaps she wasn’t paying attention to what was actually happening,” said Dixon in response to the governor. “Maybe she thinks she can convince you that schools were only closed for three months, but you know better because your students are the ones that are desperately behind.”

Whitmer currently holds a 5 percentage point lead over Dixon, according to a FiveThirtyEight polling average.