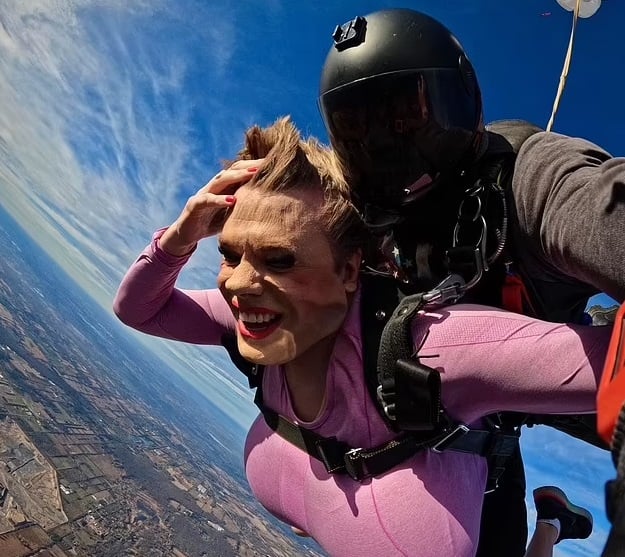 “I took him skydiving and his hair came off,” Voodoo, wrote in the caption of the tweeted photos.

“No problem with the huge fake breasts,” he continued. “Those stayed in place.”

Voodoo, whose real name is Alexandre Boisvert, boasted about his plans with Lemieux on social media ahead of the dive. 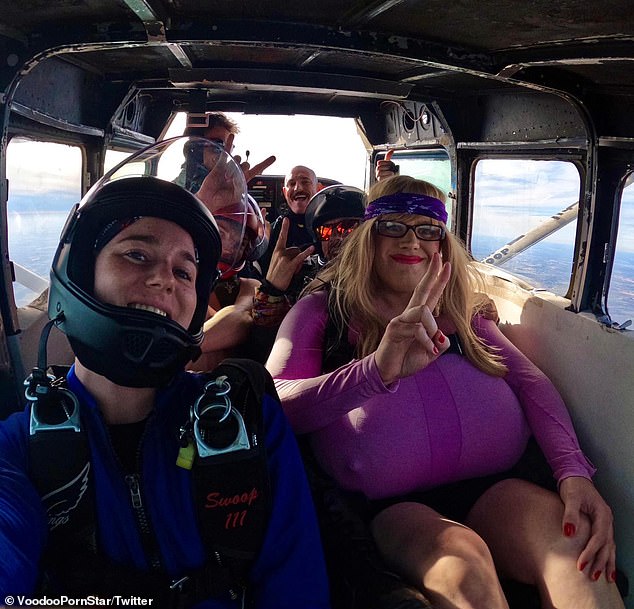 “Taking the #Oakville #transgender shop teacher on a skydive. This should be interesting. No way that wig stays on,” he noted.

“About to throw the #Oakville #transgender #teacher out of a plane,” Voodo tweeted right before the jump. “S*** is about to get real. Stay tuned.”

Taking the #Oakville#transgender shop teacher on a skydive. This should be interesting. No way that wig stays on. pic.twitter.com/wEsXs8qpfz 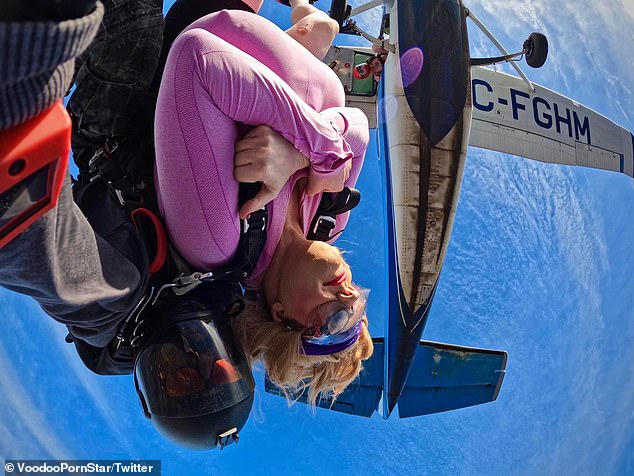 Despite parents’ fierce opposition of Lemiuex’s inappropriate display at school, the school board has defended the transgender teacher who began transitioning from male to female in 2021. 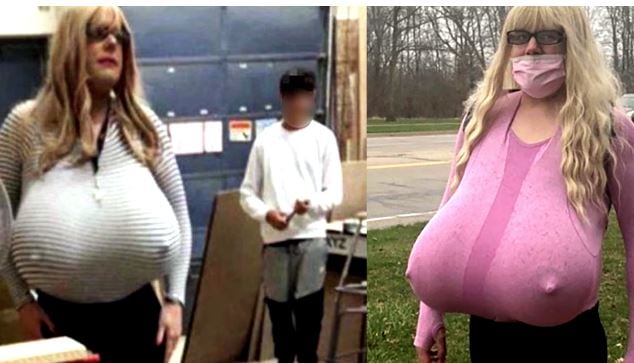 “Gender identity and gender expression are protected grounds under the