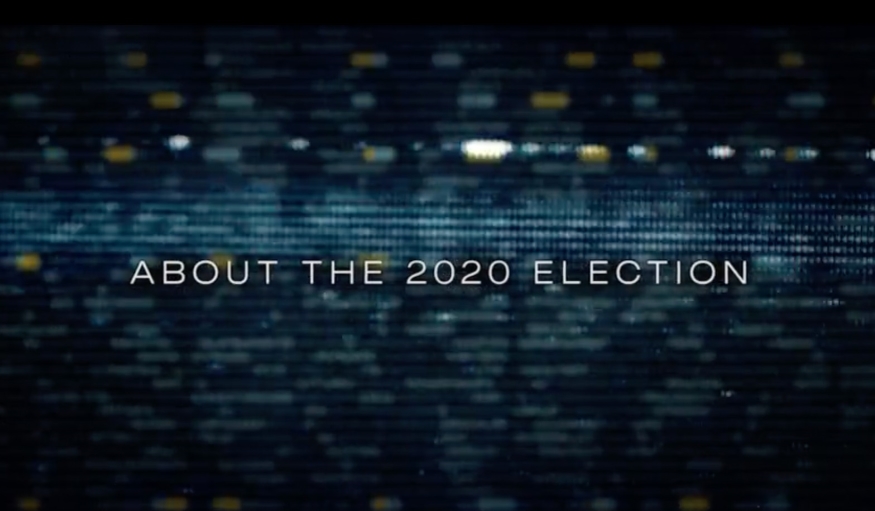 Founder Catherine Engelbrecht says she will “pull the cord” and “give it all to the American people” after the release of De Souza’s documentary. She lamented that most Americans are woefully “unaware” that ballot trafficking is illegal. In fact, it is a felony. True the Vote estimates that 7 percent of the votes in the 2020 general election were trafficked.

IT’S IMPORTANT TO NOTE THE VIDEO EVIDENCE HERE IS OFFICIAL SURVEILLANCE VIDEO FROM BALLOT DROP BOXES. IT HAS NEVER BEEN SEEN BEFORE, AND WE HAVE A WHOLE LOT MORE OF THIS TO SHOW YOU IN THE MOVIE. “2000 MULES” IS THE INVESTIGATION YOU’VE BEEN WAITING FOR. HTTPS://T.CO/2UDIZV6MHR

Engelbrecht and her cohort, Gregg Philipps, told Charlie Kirk that their investigation is just the “very tip of the iceberg” regarding the numbers of trafficked ballots and alleged election crimes committed. Due to exorbitant costs and time constraints, because the process is “tedious,” the team only monitored outdoor drop boxes, not mailboxes and other locations. They announced in the interview that they only recently discovered they have a folder with indoor camera surveillance in their possession. They plan to investigate those next.

Spending over $2 million for the ping data, True the Votes has in its possession “4 million minutes of video” and “more than 2 Petabytes of data”, said Phillips. “This investigation required a team of 12 people, 16 hours a day for 15 months,” Phillips continued. “And it is still going on,” Engelbrecht added.

During the conversation, one interesting observation noted by the pair was that law enforcement and government officials did not investigate or use data to track targeted individuals during the 2020 election, but “they were very eager to do so” on Jan 6. Phillips stated:

“The Jan 6 event was on a Tuesday. The next day they had allegedly already identified some of the people, convened a Grand Jury, and then issued arrest warrants in a matter of 72 hours. They had the actual devices ready to go. We believe they were tracking people all the way back into the latter part of the elections, certainly into November and early December.”

As previously reported, True the Vote used geolocation technology to ping and track individuals through apps on their cellphones. The individuals, or “mules,” followed a pattern of behavior that was relatively consistent regardless of the location. Phillips continued:

“You had ballot collectors. People out knocking on doors, getting ballots. Then you had a collection point or a stash house for all the ballots, the bundling of all those ballots, and then the casting of those ballots by what we were calling mules.”

He explained that, over time, they would “build a pattern of life” with the data to determine where and when individuals would go to deliver the ballots. The team went back years to track baseline data through various apps on the phones, which are all public by consent by the user (marketing data) in the fine print, so they could tell whether the activity was novel during the election.

“And then in Arizona,” Engelbrecht said, “The profile looked a little bit different because it’s been happening. It’s been happening in Arizona for an awfully long time, and what we see there are people that really control communities. And you have people that are on top of the pyramid that (sic) are coming in and doing everything from building underprivileged housing to controlling the full vertical of the contractors and the banks and the financing organizations, and all of those people are participating in rounding up ballots.

One of the most chilling things I think in this entire journey for me has been when we interviewed two people who were very familiar with the grift here in Arizona. One of them, just from observation. And she, at one point, just sat back in her chair and just put her finger up. She said, ’round and round it goes. Nobody ever listens. Nothing ever changes.’”

The pair also went into greater detail on how officials in the state allegedly obstructed their investigation at every turn, either by withholding procedural information or just out and out lack of cooperation. True the Vote spun its wheels for months because they had been told they should go to the Governor. In fact, there was a process they were supposed to follow. Ultimately, said Engelbrecht, Raffensberger’s office came through for them:

“All of the politicians, all the media, everyone was saying you have to go to the Governor’s office, you have to go to the Georgia Bureau of Investigation. We had our own dust-up with them, which is a whole other topic. Raffensberger’s team helped us figure out the processes. [First] you have to make a complaint to the Secretary of State. Secretary of State investigates. That takes it to the State Board of Elections. They take it to the attorney general and then back again. That’s the way it’s supposed to work. But no one told us that. So for 11 months, we labored under this illusion that everybody was saying you gotta go to the governor and that arm (the Governor’s office) allowed that time to run out.”

Engelbrecht emphasized the importance of engaged Americans with regard to the process. In many cases, mules were dropping off multiple ballots with people in line behind them who witnessed the behavior and said nothing.

“Wake up Americans! It’s happening and if we don’t stop it as Americans, if we don’t demand clean voter rolls and demand accountability around the process, then this slide will continue. But if we stand up and get engaged, most Americans want to do the right thing. Our process has just been allowed to erode to a place where the inconsistencies and the insecurities and the inaccuracies—they function as a feature, not a bug. It’s intended to keep it this way. We’re the only industrialized country in the world that doesn’t have a standard form of photo voter identification.”

Engelbrecht went on to say that other countries now do retinal scans.

Republicans are afraid to take this on because “it’s such a daunting task. It’s just easier to kick the can down the road particularly, you know, when you’re talking to someone who’s elected, we process work for them, right. So why should they worry about what happens downstream?”

We must “demand clean voter rolls.” Voters need to challenge their county records. True the Vote has developed an app called IV3, whereby voters can help clean up voter rolls “from their kitchen table.” It is a process to get people removed from voter rolls. “Lawsuits are not going to get it done. The left is game for that. That is lawfare,” contInued Engelbrecht.

“In Jackson, Mississippi right now, there’s a state auditor named Shad White, and he went out and audited some of these officials who were doling out this Zuckerberg money and there have been four arrests in Jackson already, for them stealing the money. And I think you’re gonna see state auditors and others all over the country now start to say well, wait a minute. Where’d all this money go?”

FUNDING ELECTIONS WITH PRIVATE MONEY IN MISSISSIPPI IS NOW AGAINST THE LAW FOLLOWING THE MULTIPLE ARRESTS MADE BY STATE AUDITOR SHAD WHITE SINCE THE 2020 LOCAL ELECTIONS.HTTPS://T.CO/VX59UHRQQP

In summary, Phillips said there are four pillars to accomplish election integrity;

“If you don’t have some sort of a punishment for this stuff and follow-through that fits the crime?” Phillips continued, “Put some people in jail, put somebody in jail for 10 years for this.” Engelbrecht added:

“People will wake up. We’ve taken voting for granted. We’ve taken the process for granted and that has to come to an end because we’re being left in the dust by countries around the world. Now is the time to wake up and demand standards locally and then it’ll roll-up.”