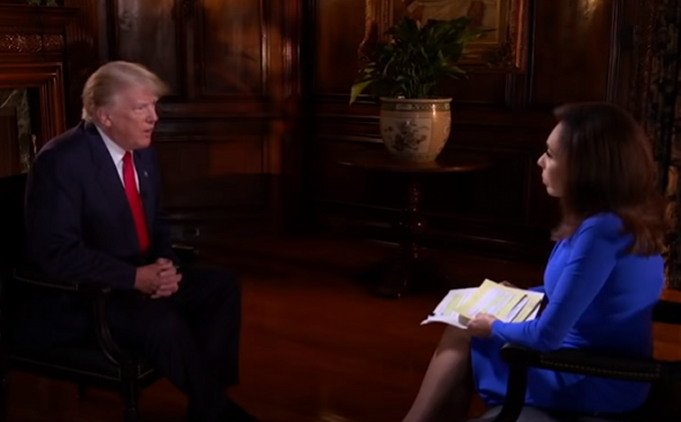 Trump did an interview with Judge Jeanine of FOX News on Saturday night.

Their discussion covered a wide range of topics, including the Joe Biden presidency so far, Afghanistan, education, the rampant crime in big cities, the double standard on law enforcement and more.

He gave the Biden administration an F, which seems fair.

“I think you have to say an F, and not an F+. It would be an F,” Trump said when grading the Biden administration.

“It’s a failed administration. It’s a disaster. I’ve never seen anything like it.”

Trump said he had hoped that the Biden administration would succeed because he loves the country “more than anything.”

“I would love to see him do well,” he told Pirro. “I don’t think there’s ever been a greater embarrassment as an administration, and we had everything ready to go.”

Trump also reacted to the state of the Virginia gubernatorial race, where Republican Glenn Youngkin has moved ahead of Democrat Terry McAuliffe less than a week before the election.

Trump said McAuliffe’s comment that parents should not be involved in their students’ education was a “tremendous mistake,” and that Youngkin will “do very well” in Tuesday’s election.

One thing that jumps about about this interview is Trump’s resilience. He is in very good spirits, despite everything that has happened.

Just imagine how different the country would look right now if things had worked out differently.

And how different they will look if he runs again in 2024 and wins.