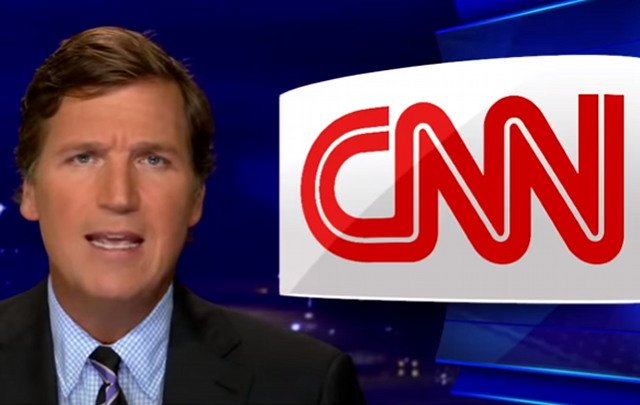 CNN and MSNBC have done everything they can over the last few months to politicize the Coronavirus crisis.

They have blamed Trump, and his supporters, accused them of being stupid and selfish.

They have stoked fear over Republican governors opening their states and have tried to make the shutdowns go on longer.

Tucker Carlson did an excellent monologue about it this week.

We hope you had a happy Memorial Day weekend. It’s possible you have spent, along with millions of others, months trapped indoors per government order because of the coronavirus. So, getting outside makes all the difference — grilling a hamburger in the fresh air, hitting the park, walking on the beach for a couple of hours.

And unfortunately, it’s too late for a lot of people at CNN, and they haven’t even been trapped inside for months. For reasons that no one in authority has ever really explained, cable news yappers have been classified as essential workers from the very first day of lockdown. And by the way, that includes us.

It also includes the partisan political activists on the other channels. They didn’t lose their jobs. They have not been quarantined. If anything, they are thriving in the midst of this disaster. They feel more essential than they ever have.

Your suffering has been the best thing to happen to them since impeachment, when they got to spend a full month pretending to know where Ukraine is. So, you can imagine their rage when they saw you outdoors this weekend, enjoying time with your family. The fact that you disobeyed them drove them insane.

Tucker then plays clips from CNN and MSNBC before concluding with this:

So no, CNN and MSNBC are not bringing you science and data. They’re peddling panic and reckless moral judgment, and it’s having an awful effect on this country.

The simple thing to remember is this.

CNN and MSNBC are doing all of this in the service of Democrats.

They did this for purely political reasons to hurt Trump in an election year, and no one should ever forget it.