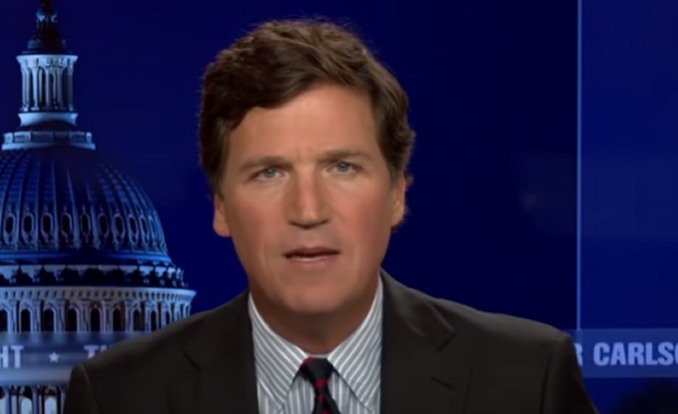 Recent polling indicates that a growing number of Americans are concerned about Biden’s mental state.

Tucker Carlson apparently knows some members of Biden’s family and recently revealed what they have told him about this topic.

He made the comments during a conversation with conservative commentator Guy Benson.

Tucker: Here Is What Biden’s Relatives Told Me About His Cognitive Decline

Fox News host Tucker Carlson joined my radio program this week, and he had a lot to say on an array of subjects. We discussed the ratings success of his show and his methodology for preparing each episode (he shuts out social media, but is in touch with a large network of friends and sources via text).

The topic of Carlson’s self-identified flaws arose in the context of how he feels about his haters, especially those who toil endlessly to get him fired or forced off the air. In response to an outrageous anti-Fox smear from a progressive MSNBC opinion host, Carlson dropped the hammer:

Yesterday, MSNBC’s Wallace analogized Fox News to terrorists. Tucker Carlson responded on my show earlier, calling her “unusually venomous” and “repulsive, actually.” He says this is his gut reaction to her because he’s “known her for so long and respect her so little.” https://t.co/D8VGm4ujKF

I also asked him about a new poll showing that a plurality of Americans do not believe President Biden has the mental fitness for the job. What Carlson revealed in response is noteworthy:

I know a bunch of members of his family and some a couple of them very well. And I knew for a fact that certain members of the family were very concerned about his cognitive ability. They didn’t expect him to get the nomination. Nobody did. And he got it and they were freaked out about it. That’s…I’m not speculating. I know that for a fact. So I knew that the family believed he was in cognitive decline. So there’s that and that’s news. That’s news.

This whole interview is interesting, but if you just want to hear the part about Biden, skip to the 10 minute mark:

It makes sense, doesn’t it?