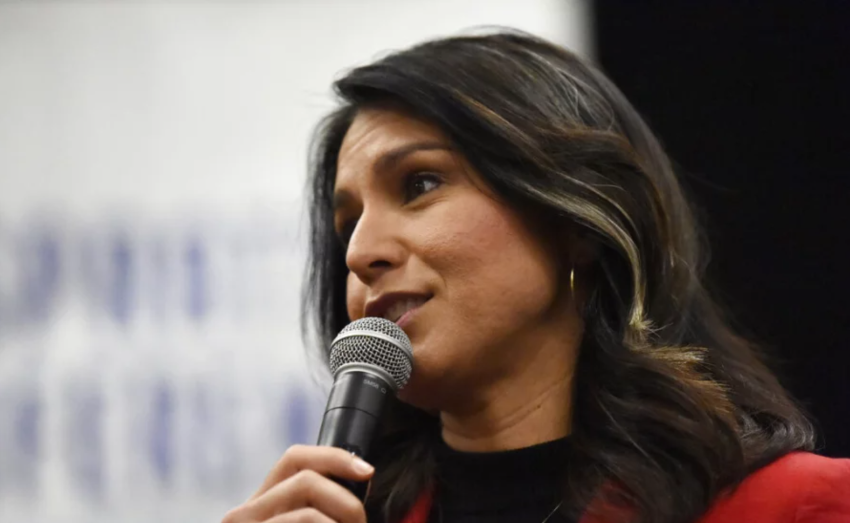 Fresh off her decision to leave the Democratic Party, former Rep. Tulsi Gabbard is slated to campaign for controversial Trump-aligned New Hampshire Senate candidate Don Bolduc ahead of the midterm elections.

The retired Army brigadier general announced the news on Wednesday, just one day after Gabbard, who previously sought the Democratic presidential nomination, stated she was leaving her party.

“We don’t agree on every issue, but I am honored to have the support of Tulsi Gabbard who shares my view that the status quo is broken, and we need a change of direction,” Bolduc said in a statement.

“Tulsi is a fellow change agent and independent-minded outsider willing to speak truth to power. I am going to spend every day between now and Election Day building a wide coalition of supporters that includes Republicans, independents and even disaffected Democrats who know that Senator Hassan is a career politician and must be retired,” he added.

Bolduc, who edged out establishment-backed state Sen. Chuck Morse in the GOP primary and has come under fire in the past for his rhetoric surrounding vaccines and unfounded claims that the 2020 election was stolen, is trailing incumbent Sen. Maggie Hassan (D-NH) in the polls.

The New Hampshire Democratic Party blasted Gabbard in response to the announcement by accusing both Bolduc and the former Democrat of being extremists.

“Tulsi Gabbard is a Vladimir Putin apologist who has pushed conspiracy theories and stood with dangerous tyrants over the United States. By campaigning with a pro-Putin, extreme conspiracy theorist like Gabbard, Don Bolduc is making only more clear how out of step he is with NH,” it said.

Gabbard slammed her former party in a video statement on Tuesday, saying it was “under the complete control of an elitist cabal of warmongers driven by cowardly wokeness, who divide us by racializing every issue & stoke anti-white racism” and “actively work to undermine our God-given freedoms.”