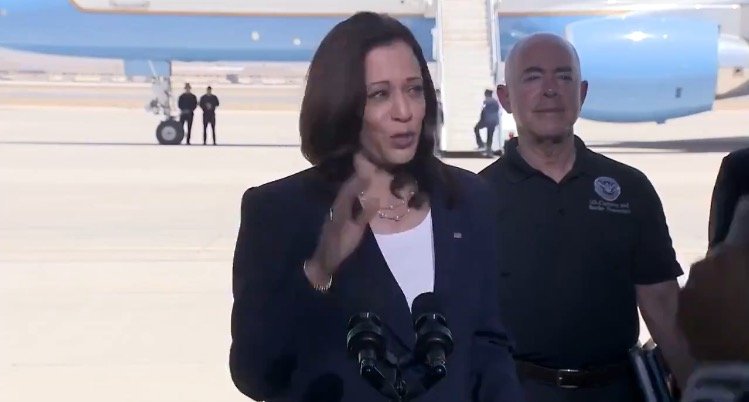 Kamala Harris’ Director and Deputy Director of “Advance” resigned while Harris was in El Paso, Texas on Friday.

Kamala Harris traveled to El Paso, Texas on Friday, more than 90 days after she was appointed “border czar” and it was a disaster.

Harris didn’t even visit the border. She putted around the airport and stayed miles away from the actual border.

Furthermore, the worst part of the border crisis is in McAllen, 800 miles away from where Kamala Harris stopped for her photo op.

The two staffers who resigned are in charge of planning travel for Kamala Harris.

Imagine what a nightmare it is working for Kamala Harris.

It is unclear why the staffers resigned.

Two Kamala Harris staffers in charge of planning travel and trips for the vice president are resigning amid her long-awaited trip to the U.S. southern border.

Staffers working on the vice president’s advance team are responsible for planning all of her trips, surveying venues for Harris to visit and working with local officials to get the venues prepared for the media.

An advance team often travels ahead of every public appearance to set the stage and anticipate any potential issues so that when a politician arrives, the scene is perfectly curated and mitigates any damage to their image.