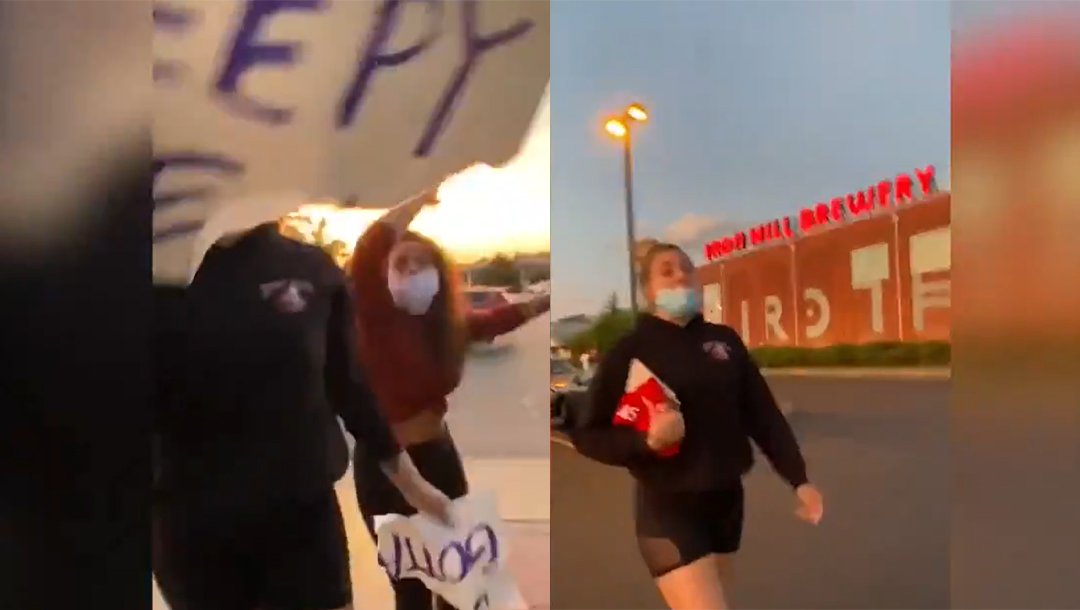 Two women have pleaded guilty to misdemeanor charges of theft, child endangerment, and hate crimes after stealing a “Make America Great Again” hat from a 7-year-old kid and assaulting his mother outside of the Democratic National Convention in Wilmington, Delaware, last year.

Olivia Winslow and Camryn Amy, both 21, accepted guilty pleas on Monday and are scheduled to be sentenced for their crimes in September, according to the Delaware News Journal.

Other charges such as assault, attempted assault, and conspiracy were dropped as part of the plea deal, according to the site. Prosecutors are said to have offered the plea bargain with “approval of the victims” and are unlikely to seek jail time for the offenders.

The women’s lawyers reportedly agreed that probation was a “appropriate sentence” for their clients’ conduct, but declined to comment further.

Last August, Winslow and Amy were arrested after a video of their horrific acts were shared on social media. The ladies can be seen harassing the mother and her small kid in the video, snatching the boy’s MAGA hat and ripping up a pro-Donald Trump poster.

The mother said, “Are you destroying my property? You know that’s a felony.”

Because he was simply showing his support for President @realDonaldTrump.

The mother followed the two ladies across a parking lot after the first altercation, filming the events on her phone. She requested that they return the hat many times, but the ladies refused, ultimately tossing it over a gated area.

Throughout the 2-minute video, the ladies threatened to attack the mother and shouted profanities at her.

Amy struck a male onlooker in the face as he came to collect the hat. The mother was assaulted by the same lady at the end of the video.

The video has been watched over 5 million times on Twitter and has even caught the attention of Donald Trump Jr., the son of former President Trump.

Following the viewing of the video,