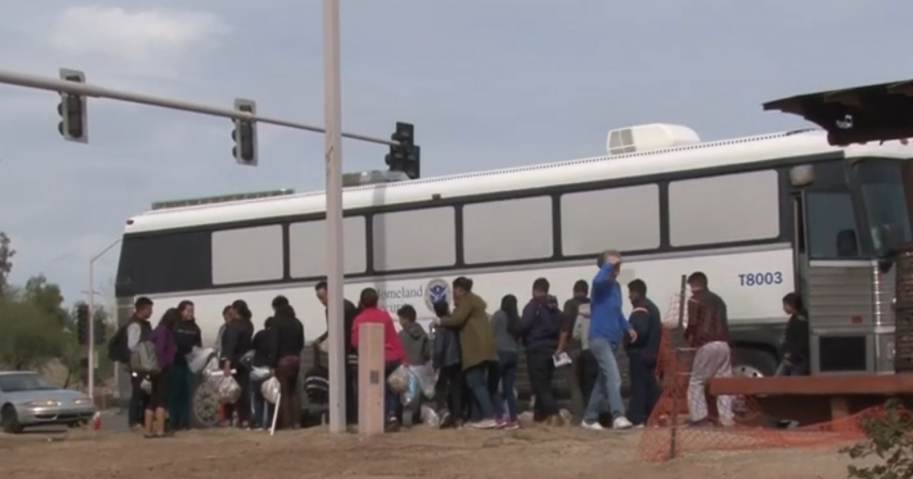 On Tuesday, a federal district judge granted a DOJ request for a temporary restraining order that blocks Governor Abbott and the state of Texas from enforcing a new executive order that bans the transportation of illegal immigrants by anyone other than law enforcement officers.

The restraining order will remain in effect until an official hearing set for August 13th.

US Judicial system proves once again – States only have the right to ignore immigration law(sanctuary cities), not the right to enforce it pic.twitter.com/rb87iHmory

The situation on the border is worse than it has ever been before. Abbott issued his order last Wednesday because of the “countless” number of untested illegals “who pose a risk of carrying Covid-19” that were being released by federal agents into the state. The order instructs law enforcement officers to pull over vehicles that were suspected of transporting illegal aliens after they had been released from custody,  escort anyone who shouldn’t be in the US back to a port of entry, and even impound the vehicle.

This posed a serious problem to the Biden Administration’s open-border agenda. The federal government spends hundreds of millions of taxpayer dollars on non-profits and contractors for the daily transport of illegals using vans and busses.

The mandate was immediately met with a threat of legal action by Merrick Garland at the DOJ, who filed a lawsuit against Texas on Friday.

Abbott argues that his executive order is necessary to protect the people of Texas and blames Biden for the crisis, saying that he doesn’t enforce immigration laws that are already in place. Texas AG Ken Paxton agreed and called his order “much needed’ and “perfectly legal.”