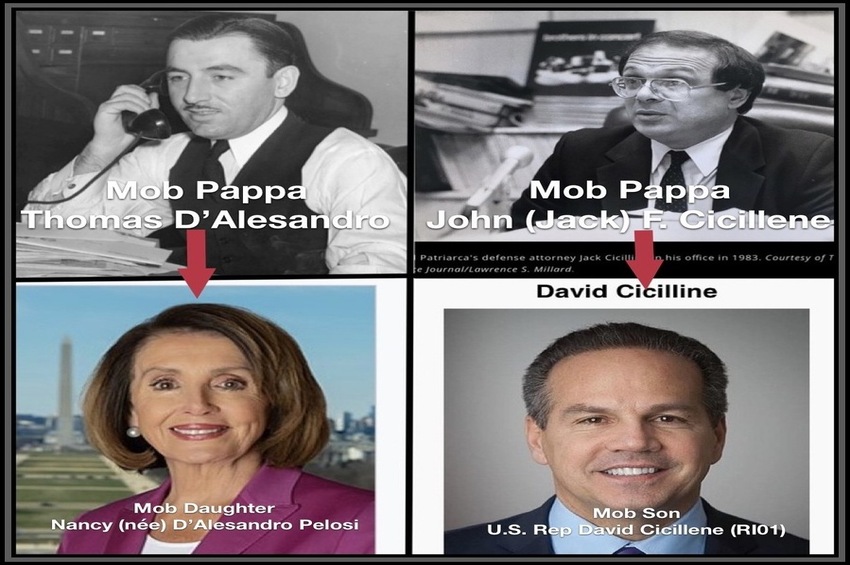 U.S. Representative Cicilline is a former mafia lawyer from Providence serving as an impeachment manager. Given what he was and who he defended, it seems reasonable that Cicillene knows what it is required for a felony with a firearm.

Tucker Carlson said that standing in front of Congress and the media, Cicilline said, “He [President Trump] incited an armed angry mob to riot … armed violence against the government of the United States of America.”

It takes a special kind of person to be able to stand in front of Congress, the media, and the public making false claims. The only gun was the one used by the Federal Policeman to shoot and kill the unarmed woman. Rep. Cicilline is special, and he comes from a very special family.

His father is John (Jack) F. Cicilline, the mafia attorney. The AP News writes ″I’ve never discouraged people from referring to me as a mob lawyer,″ John F. ″Jack″ Cicilline [Daddy to David] said between drags on his cigarette. ″I suppose to some people it’s a sinister connotation, but it’s done me well. Someone has to represent these people.″

But Cicilline does more than defend people such as reputed mob boss Raymond J. ″Junior″ Patriarca – he befriends them.

Partriarca, 45, has been identified in testimony before the U.S. Senate as head of the New England Cosa Nostra. Guglielmetti, Cicilline’s golf partner, is named in last month’s indictment as a lieutenant in charge of the Patriarca family’s Connecticut operation.

That doesn’t faze Jack Cicilline, who said his ″commonality″ with some of his clients had forged friendships that have survived even though ″a lot of them are in jail.″

The Sun said “Rep. Cicilline’s older brother is John M. Cicilline, a lawyer who pleaded guilty to shaking down clients accused of drug offenses in 2008. John Cicilline served an 18-month prison sentence for his crimes.

In 2014, The state Supreme Court issued an order allowing the older brother to resume his law practice.

The court concluded that those crimes and his ethical slips arose from a “misguided attempt” to win a client a lower sentence for marijuana dealing.”

Even though David Cicilline states it was an armed insurrection on 1/6/2021, no one was at the Capitol discharging weapons or threatening anyone with a gun. One of those arrested was a former FBI agent. Was he still on the FBI payroll? If the FBI knew in advance, there would be trouble at the Capitol, where was the necessary security? Depending upon the videos we watch, Capitol police seem to be inviting the people into the building. Why did Nancy, Chuck, and Mitch refuse additional security when it was offered before the protest?

The facts presented in the impeachment bear no likeness to what happened. They were just lies. The only person who used a firearm was the Capitol policeman who shot an unarmed woman.

The left in Congress started this months ago with the death of George Floyd. Floyd’s autopsy did not find he died of asphyxiation or strangulation. It did not find that a cop murdered him. But our left congressional members and the media used this as a crisis to set up months of riots resulting in civilian injuries and deaths, the destruction, torching, and looting of private and government property. Yes, it was set up – it was premeditated. Yes – our left will never let a good crisis go to waste. They will accuse us of what it was they actually did.

I find it ironic that Rep. David Cicilline- (RI-D), a former mafia lawyer was chosen to speak out. I don’t believe his selection was based upon his honesty and integrity at all.

No doubt, this selection was made by mafia daughter Nancy Pelosi. Pelosi’s father, Thomas D’Alesandro, was heavily involved with the mob. Pelosi grew up surrounded by the mob, and she learned every underhanded trick in the book. Check out the FBI vault and read the FBI files on D’Alesandro and his son.

Rep. Cicilline has represented individuals with ties to the mafia when he was a practicing attorney. His father is one of the most notable Mafia attorneys in the region.

Brown Alumni Magazine says, “Power, politics, and corruption were all literally at the kitchen table as David Cicilline was growing up—members of the Rhode Island mafia would sometimes stop by for dinner. Cicilline’s father, Jack, made his career as a top defense attorney by representing the Patriarca crime family and had a close relationship with his mafioso clients outside the office. He was even the godfather of a mob lieutenant’s daughter.”

In Pelosi’s case, she was the daughter of a mob boss who most assuredly grew up with power, politics, and corruption at her corrupt family’s kitchen table as well. Here is a picture of a young Pelosi with JFK. Maybe D’Alesandro jump-started her political career by allowing JFK to jump Pelosi? Who knows. But Pelosi’s brother was accused of raping an eleven-year-old girl. Mobster D’Alesandro used his power and influence to intervene for his son, and he was never charged. Not surprising. 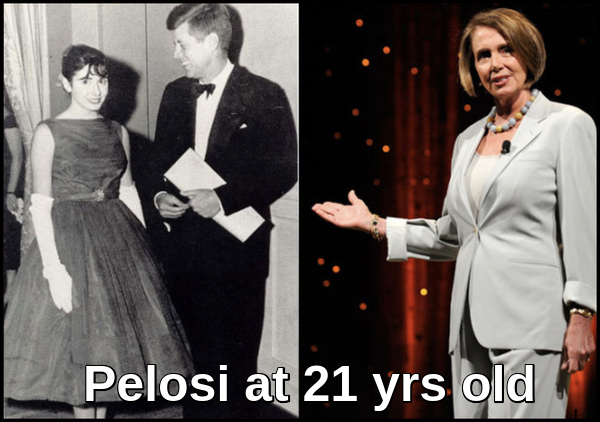 However, what does bear resemblance, is whether you befriend the mafia or the Chinese Communist Party, the result is the same – they own you and your soul. Pelosi and Cicilline sold out to the Devil early in their life.

You can find me on Gab, Parler, and Telegram @TheSheilaG2020