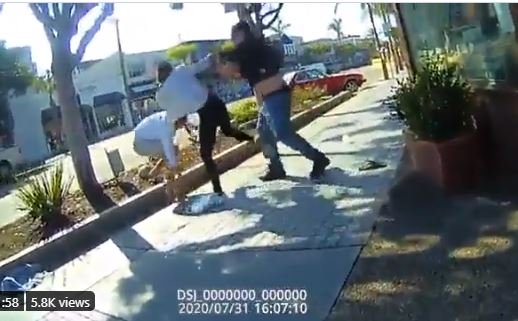 An unhinged lunatic approached two men, sitting outside in Manhattan Beach, California. The woman then lectured the men for not wearing masks. She didn’t like their responses so she threw hot coffee on them.

She didn’t expect the men to get up and beat her boyfriend bloody.

Karen approached a man about not wearing a mask, didn’t like his response, attacked him with hot coffee, got twirled around and beat up along with her boyfriend and had the nerve to call the police leaving out throwing coffeehttps://t.co/ZRMMUeZolV

The woman is OUT OF CONTROL!

Her poor boyfriend got his ass beat.

He was bleeding from his nose after he got popped. 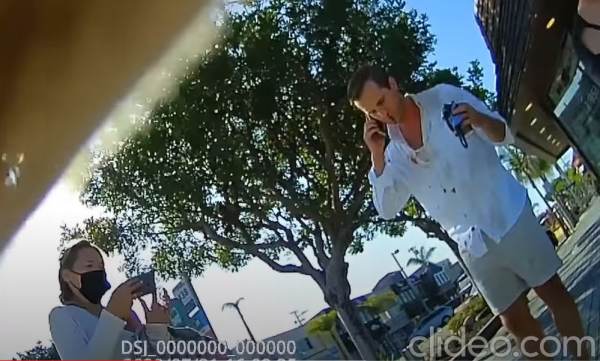 Then she told the men, “I bet you never get any pussy.”

The full video is here.