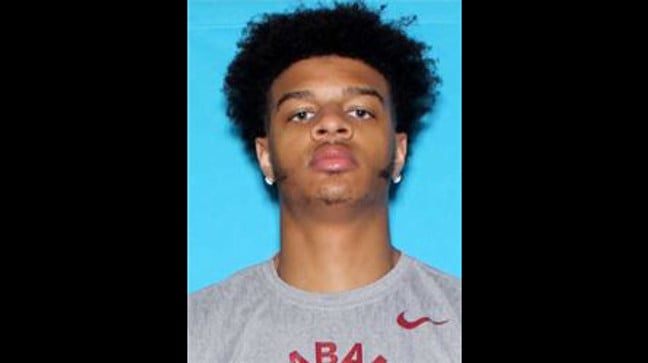 A University of Alabama basketball player was one of two men charged with capital murder in the shooting death of 23-year-old Jamea Jonae Harris on the Strip in Tuscaloosa early Sunday morning.

Tuscaloosa police said the shooting was over a minor argument between the suspects and the victim.

Darius Miles cried after he was arrested and marched to a police vehicle.

The two men are in jail with no bond.

A 23-year-old woman is dead after a shooting in the area known as The Strip near the campus of the University of Alabama, according to the Tuscaloosa Violent Crimes Unit. Former Alabama basketball player Darius Miles is one of two people to be arrested and charged with capital murder.

Police said the victim was shot while inside a vehicle in the area of Grace Street and University Boulevard. The victim’s vehicle drove along the road until it encountered a UAPD police vehicle and stopped for help near the Walk of Champions at Bryant-Denny Stadium.

Police said he vehicle contained a deceased female that had been shot.