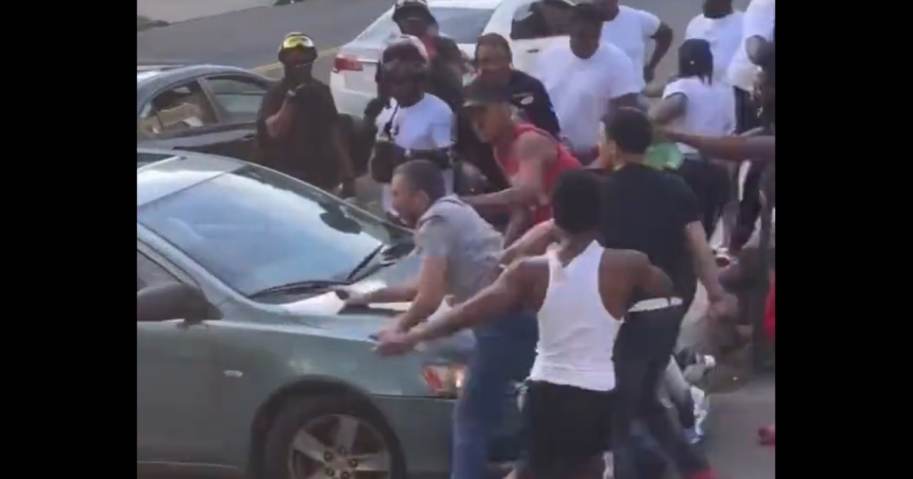 A shocking video has emerged online showing the moments an entire neighborhood mercilessly pummels an individual and steals his car in a horrific blitz attack.

As of now, little is known about the shocking incident. However, license plates in the video indicate that the brutal attack took place somewhere in Michigan.

In the video, dozens of individuals can be seen swarming a man who had gotten out of his car, presumably following some sort of altercation. The man is quickly engulfed by the crowd and beaten thoroughly before one of the attackers hops in his idling car and speeds away.

After unsuccessfully trying to stop the car thief, the man is pounced on again, and the senseless beating continues.

After the shocking attack concludes, the video shows him fleeing with a completely bloodied face.

Absolutely horrific. Twenty-plus against one is no way to handle any altercation.

The entire hood came out to beat this white man and they stole his car. Leftists be like ‘stop profiling people’. pic.twitter.com/p0tbyWu3n5

With destructive leftist policies and evil progressive ideologies currently pervading every institution in Joe Biden’s America, is it any wonder that crime is skyrocketing across the country while incidents like this are becoming commonplace? This is way past insanity.