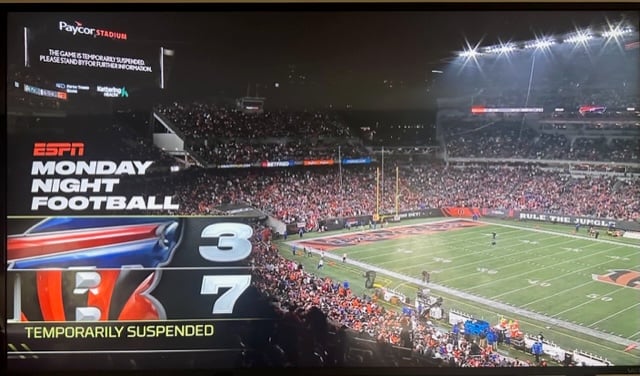 The Buffalo Bills football team are packing up.  They are leaving the stadium.

Buffalo Bills player Damar Hamlin dropped on the field tonight after making a routine tackle in the game with the Cincinnati Bengals.

Hamlin was carted off the field in the Monday Night Football game after dropping backward on the field after making a tackle.

#Buffalo#Bills player safety Damar Hamlin makes this tackle and with incredible force makes contact to the ground. He then gets up only to fall down involuntarily.

This seems like a vasovagal syncope phenomenon where a stressful trigger leads to a sudden drop in HR and BP. pic.twitter.com/Ozw9vxtNi8

The game has been suspended.  The teams are packing up.

The Bills are packing up for the night now.  This does not look good.  Both teams were crying while the medical team was working on Hamlin. 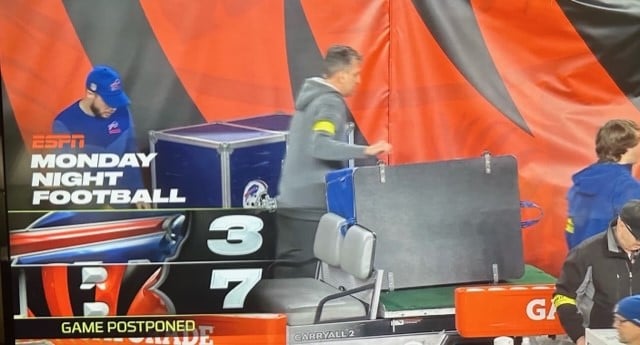 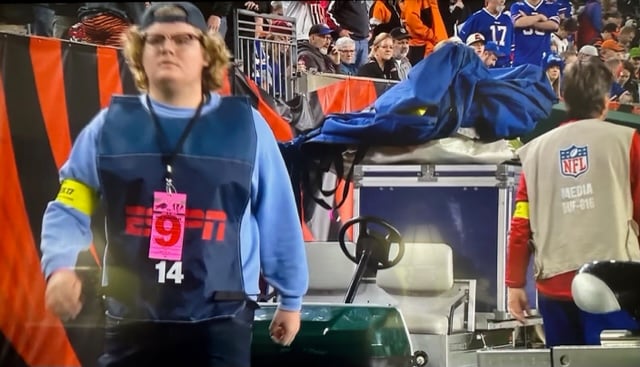 Hamlin in reported in critical condition at the hospital now. 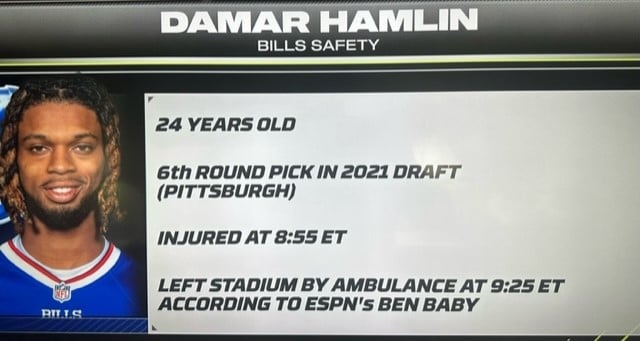 You can donate to Hamlin’s foundation at the link below: