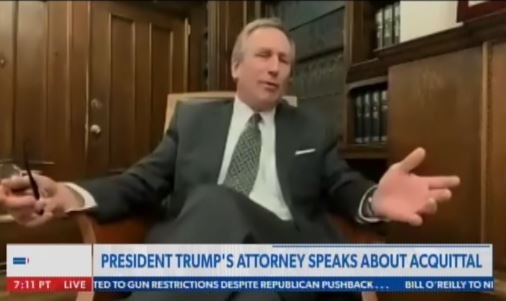 Schmitt asked Van der Veen about reports that his home was attacked.

Van der Veen said he had to send his kids away for their protection.

Rob Schmitt: They spraypainted “traitor” on your driveway… Tell us how you’re doing.

Michael Van Der Veen: We had a lot more than that happen to our home. We’re doing fine. I moved my children to a secretive location. We’ve hired armed guards to protect our places of living and working. And we’re doing fine. My family understands and my law firm understands that we fight on the side of right.