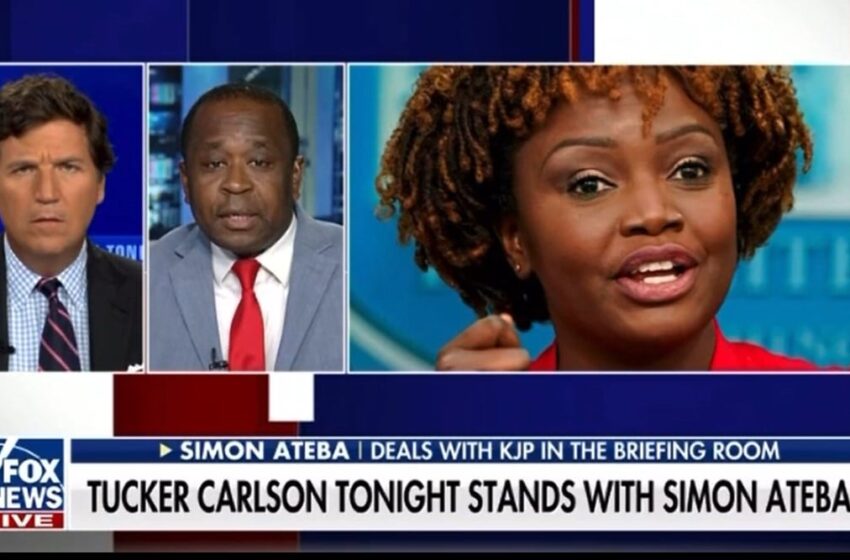 Tucker Carlson invited Africa Today reporter Simon Atebe on his show on Friday night.  Atebe is a reporter in the White House press room representing Africa.  And for some reason WH Press Secretary Karine Jean-Pierre holds a visceral hatred of this guy.

Jean Pierre frequently shuts down his direct questioning that goes against Biden regime narrative.  Jean Pierre recently walked out of the press briefing when Atebe asked her an uncomfortable question.

Tonight on Tucker Carlson, Simon Atebe did not hold back.

Simon Atebe: It’s been a disaster, a total catastrophe, a real nightmare covering the Biden White House.  Right now I’m the voice of Africa in the US.  But I can confirm the level of discrimination against me and against African journalists in the White House is outstanding, is disgraceful.  You know it’s been three months that we don’t have questions at the White House even as Biden is about to have 50 African heads of state in DC for the US-African Summit.

Poor Simon. What a gutsy reporter.

Via Tucker Carlson and Midnight Rider.