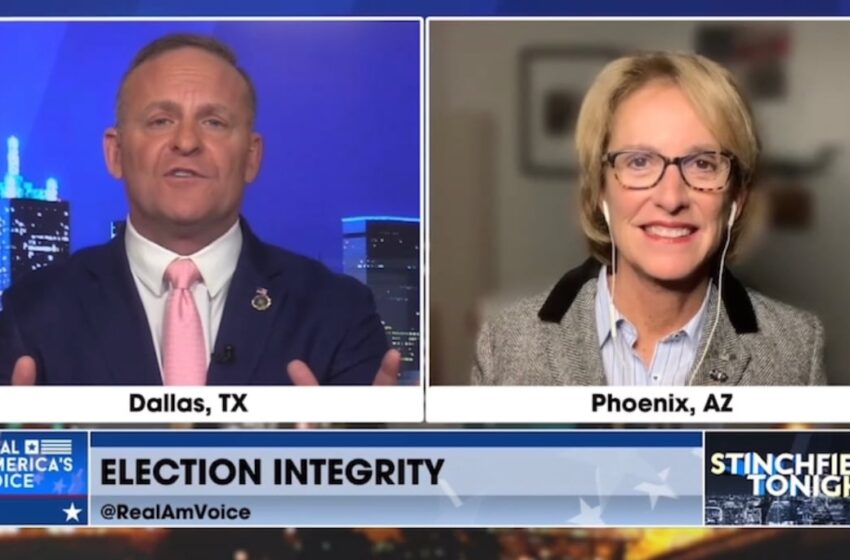 The Gateway Pundit reported that Kari Lake filed an appeal against Maricopa County Superior Court Judge Peter Thompson’s dismissal of her lawsuit, and a conference was scheduled for conference on February 1.

Lake recently told Steve Bannon, “We know they stole the election, and we have more evidence coming forth.”

State Senator Rogers joined Stinchfield Tonight on Wednesday to share her thoughts on the situation in Arizona.

Stinchfield: This plan that they’re pushing in Maricopa County, how dangerous is this for the people, not just of Arizona, but the entire nation?

Rogers: Well, I think they’ve got a two-prong approach. I think it’s an attempt to look good optic-wise because they’re doing something, and I think the substance of it is problematic. And so, We The People Arizona Alliance took a close look at it, and as you saw, it had several problems with it. We put this out on Twitter, and it’s had just, I think, a couple hundred thousand hits. They want to expand early voting. They want to open the chain of custody further by allowing multiple pickups of late-earlies, they want the Recorder to be a nonpartisan office; right now, you have to say if you’re Republican or Democrat when you run for Recorder, and of course, they want to allow Democrats to vote in a Republican primary for President. So these are all loosening of strictures, if you will, with what is already problematic.