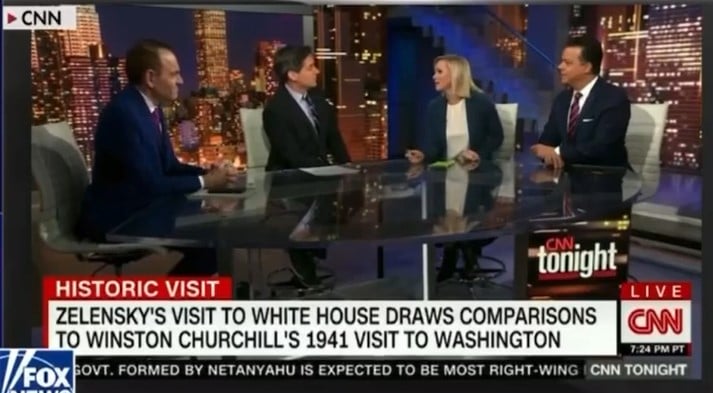 Last night Ukrainian President Volodymyr Zelensky went before the US Congress and demanded billions of US dollars and US weapons to continue his war with Russia.

Zelensky was flown into town to deliver the remarks as the Uniparty voted to hand over another $45 billion taxpayer dollars to the tyrant of Kiev who has outlawed the Christian Orthodox Church, raided monasteries, arrested opposition leaders, banned the opposition party, and lied about Ukrainian missiles fired into Poland.

Democrats and RINOs LOVE this man.

On Thursday US media outlets were sent their talking points. The regime media here at home parroted the approved talking point that Zelensky was the new Churchill.

Democrats don’t even like Churchill. But they needed to compare Zelensky to a prominent leader that is loved by Americans so they picked Winston.

These people are so awful.