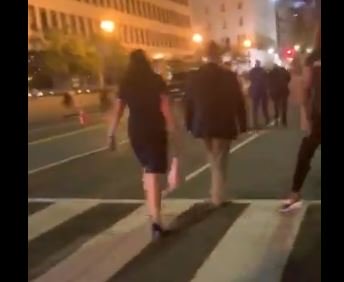 President Trump spoke out against violence, looting and anarchy of the left during his RNC speech tonight.

And immediately after his speech at least one Trump supporter was swarmed and beat by the violent left.

And a woman leaving the White House in a dress and wheels was filmed getting cursed and harassed as she walked down the street in Washington DC.

Just left the White House after #RNC2020 and I am being harassed by leftist agitators on my way out.

They were waiting for us. pic.twitter.com/P1kUenWk8b