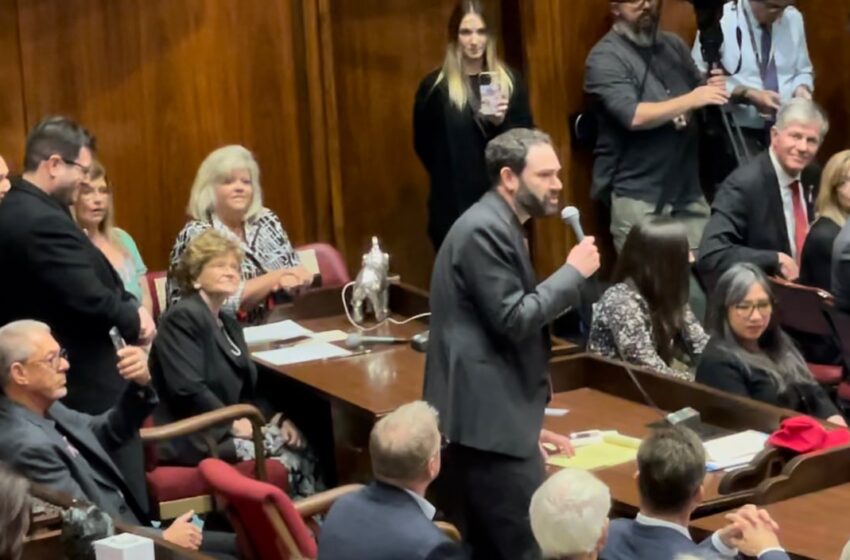 Republican State Representative Alexander Kolodin, serving his freshman term as a legislator, told Arizona Democrats and Republicans who refuse to work to secure our elections to pound sand on Monday before Katie Hobbs gave her first State of the State address

“If you want to work together, do what’s right for the state to advance the security of our elections, to secure our water supply, and defend our rights and freedoms, you’ll find no better friend,” said Kolodin to the legislature during Opening Day ceremonies for this legislative session. “if you, instead, take the contrary position, then you’ll find no worse enemy.”

The Arizona election was a disaster, and multiple races are still undergoing legal battles.

On Election Day in Maricopa County, over 50% of tabulators and printers failed the moment that polls opened, causing voters to be turned away from the polls and creating long wait times of four hours or more. According to cybersecurity expert Clay Parikh’s testimony, this was an intentional act aimed at disenfranchising Republican voters who turned out 3:1 for Trump-Endorsed candidates. This likely may have robbed the election from Kari Lake, Abe Hamadeh, and other Republican candidates.

Kolodin’s strong message was seemingly in response to a message that Katie Hobbs previously gave in her inaugural address and repeated in her first State of the State address: “if you’re ready to make real progress on the issues that matter most to the people of this state, then my door will always be open. However, chasing conspiracy theories, pushing agendas for special interests, attacking the rights of your fellow Arizonans, or seeking to further undermine our Democracy will lead nowhere.”

As The Gateway Pundit reported, brave members of the Arizona Legislature and the Arizona Freedom Caucus turned their backs on Katie Hobbs, walked out of her yearly State of the State address Monday, and slammed her in a new statement for the “election riddled with violations of Arizona law” and her embrace of “the left’s extreme, woke agenda.”