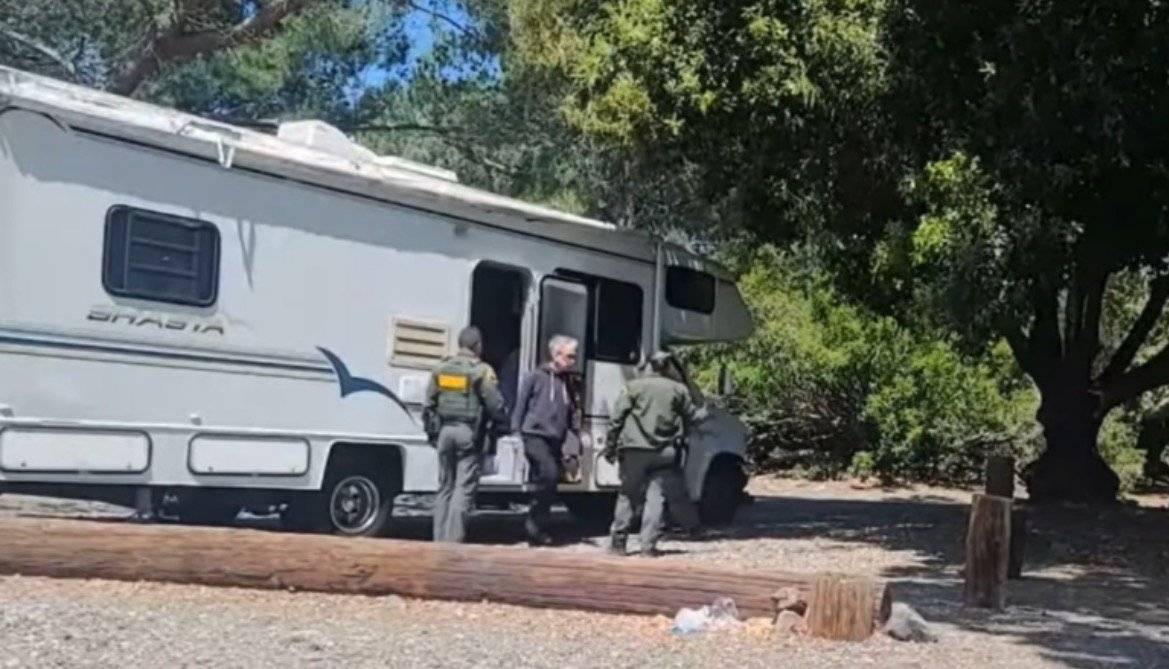 Comedian Andy Dick on Wednesday was arrested in Orange County, California for felony sexual battery after allegedly molesting a man.

According to reports, police received a phone call at approximately 9 am from O’Neill Regional Park in OC.

A male victim who goes by the name “JJ” accused Andy Dick of molesting him while he was asleep in an RV camper.

Sgt. Scott Steinle told us police received a call at around 9 a.m. local time from a campground facility in O’Neill Regional Park in California. They believe the call was placed by the alleged victim of the sexual assault, who is an adult male.

Police have not released the man’s name. However, a YouTube channel titled “Captain Content RV” – which captured the arrest and events leading up to it – revealed a man who goes by the name of “JJ” accused Dick, 56, of molesting him in his sleep.

Around the 3:10 mark of a clip from the livestream, a disoriented “JJ” can be heard telling another person in the recreational vehicle what he claims occurred.

He says hesitantly, “I was just in bed right now, and I smelled certain parts of my body … [I was] in the other RV with Andy, and … the last thing I remember, we were on the phone with his fiancée … I smelled parts of myself and they smell like artificial smells.”

The streamer then alleged that he thought he had lotion or lube-like substance in his butt.

The male victim was taken to a hospital for an examination.

Andy Dick has been previously arrested for sexual assault and assault with a deadly weapon.

Dick was previously arrested in June 2021 for assault with a deadly weapon after he allegedly hit his significant other with a metal chair.

Dick’s list of legal issues is long. In 2019, he was charged with groping a driver from a ride-hailing service. In 2018, he pled not guilty to misdemeanor battery and misdemeanor sexual battery after allegedly groping a woman’s buttocks.