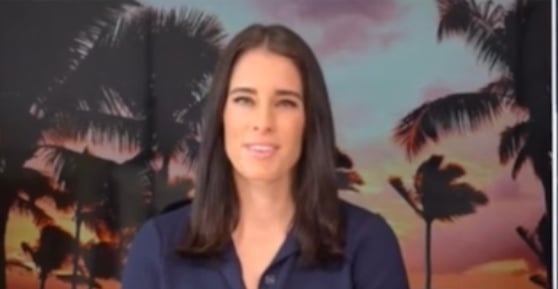 This interview was one day after Katie Hobbs and Maricopa County filed their ‘Answering Briefs‘ in the Arizona Court of appeals.

The Gateway Pundit recently reported that the Arizona Appeals Court ordered a conference to be scheduled for February 1 in Lake’s lawsuit against the stolen election. Lake recently  told Steve Bannon, “We know they stole the election, and we have more evidence coming forth.”

Katie Hobbs and Maricopa County were given until January 17 to respond and attempt to get the case rejected. Both filed ‘Answering Briefs’ in an attempt to have the case dismissed before the hearing date.

Christina Bobb discussed this update with Bannon on Wednesday, telling the audience that “Kari Lake’s legal team filed a very compelling appeal,” and she is “Extremely unimpressed” with the defense’s response.

Christina Bobb told Bannon, “Kari Lake’s team now gets a chance to file a reply to the response … and they’ll file that in the next few days.”

Bobb also spoke about her new upcoming book, “Stealing Your Vote: The Inside Story of the 2020 Election and What It Means for 2024,” which is set to expose the corruption in the Democratic Party and the weak RINO establishment with an introduction from Steve Bannon. Preorder it today!

“If the Court of Appeals wants to affirm the trial court’s opinion and just rubber stamp this and move forward, they basically have to create new law in Arizona,” Bobb stated. “I think this comes down to the integrity of our judicial system. Do the Judges have the integrity to make the lawful, correct, factual ruling?”