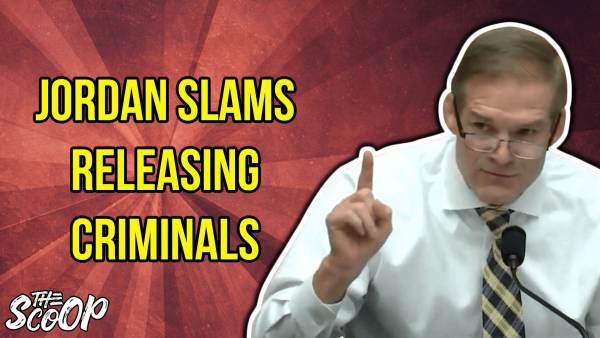 Representative Jim Jordan (R-OH) raised concerns about rising violent crime that is coinciding with Democrats pushing to defund the police. Rep. Jordan also pointed out the potential danger in blanket releasing prisoners regardless of crime.

Director Washington answered, “The data indicates it has increased.”

Director Washington responded, “Not to me. As the head of the law enforcement agency that is charged with handling violent crime. And in fact, in many of those cities, of course, we’ve deployed deputy US Marshals to participate on various task forces to address the increase in violent crime.”

Rep. Jordan then continued with another question, “And that overall environment, the increase in violent crime, cities defunding their police department. Should we be releasing more criminals early back into those neighborhoods?”

The director answered, “I don’t think we should, Congressman.”

Rep. Jordan recalled, “Back in March, [Democrats] said assess all prisoners for release, regardless of the type of institution in which they’re housed. Here’s the key part. ‘Regardless of the seriousness of their offense or the potential recidivism risk that they pose to the community.”