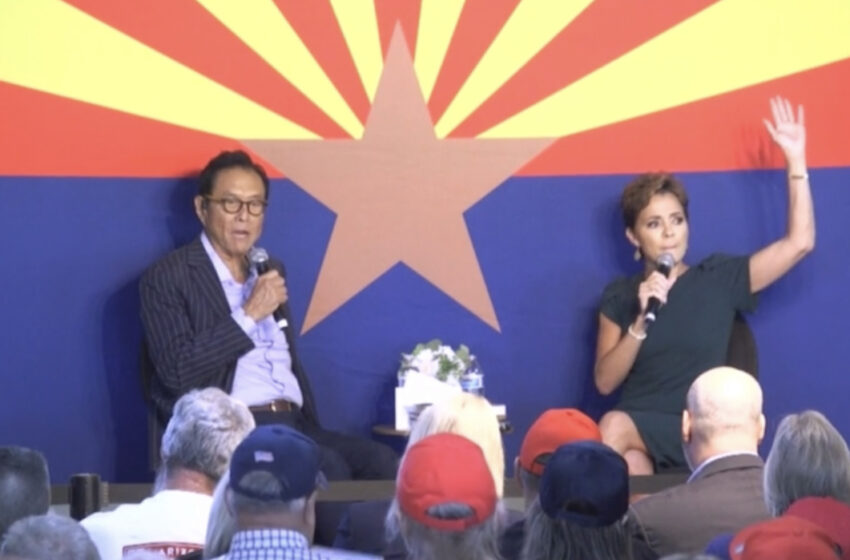 Maricopa County Attorney Tom Liddy, who cooperated with Perkins Coie and corrupt Hillary Attorney Marc Elias to defend the 2022 Election results in Lake v. Hobbs, gave a contemptuous closing argument during the final day of Kari Lake’s trial last Thursday.In that argument, he made many statements we would call “questionable.”

Lake is expected to appeal Thompson’s ruling today. Abe Hamadeh is also expected to file an appeal today in his election challenge case.

The Gateway Pundit reported recently on Liddy’s wild rant in his closing remarks in the 2020 Election case with Kari Lake.

Maricopa County Attorney Goes on Bizarre Rant, Says to Thousands of Disenfranchised Voters from Election Day “You Reap What You Sow”

The Gateway Pundit also reported on avowed statements by Liddy that contradict each other when he claimed that nobody named Betty worked in the Maricopa County Elections Department. Kari Lake’s attorneys disproved his statement the next day in court.

Liddy is not the only character in this trial who gave questionable statements to the court. As The Gateway Pundit reported, Elections Director Scott Jarrett claimed that he did not have a clue how 19-inch ballot images could be printed on a 20-inch paper. The next day, he completely changed his story, stating that he learned of a fit-to-paper issue “a few days after Election Day” that printed “a slightly smaller image of a 20-inch image on a 20-inch paper ballot.”We have not yet determined which statement he claims was true, but it seems difficult to find a way that both are true.

The Gateway Pundit reported on video footage of Scott Jarrett being coached by his attorneys the night before changing his story. He appears to be distressed and fidgeting as they tell him what to say.

In his closing argument, Liddy started by attacking cybersecurity expert Clay Parikh, a former voting systems tester and certified ethical hacker, stating he “gives freebies to the prince of stop the steal. That’s the pillow guy[Mike Lindell].” This was after Liddy cross-examined Clay Parikh on day one of the trial, and Parikh told him that he spoke at Mike Lindell’s Moment of Truth Summit. Parikh did not charge for his time at the summit aimed at exposing corrupt elections, but