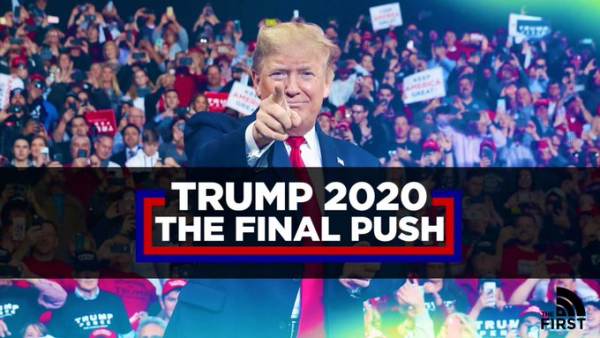 Trump wrapped up his fourth rally in Kenosha, Wisconsin and headed over to Grand Rapids, Michigan for his fifth and final election eve rally.

The President’s entire family was spotted next to the stage at Trump’s Kenosha rally dancing and smiling — they know President Trump is going to win big tomorrow.

Trump’s Grand Rapids rally was supposed to begin at 10:30 PM EST but he’s running behind schedule.

The President stayed out past midnight last night in Miami and he’s going to do it again tonight!