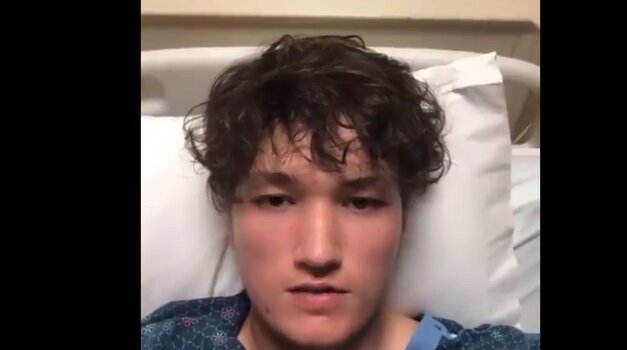 After being compelled to get his second dose of the Covid-19 vaccination, a Division I athlete from Tennessee State University was hospitalized with myocarditis.

The news surfaced after the athlete uploaded a video of himself lying in a hospital bed, warning others about the potentially deadly side effects of the Covid-19 vaccination on Tik Tok.

The University of Tennessee’s John Stokes, a golfer who also happens to be an Academic Medal of Honor student, spoke in a TikTok video about how he was informed that he would be unable to participate in sports during his final year after being diagnosed with myocarditis.

Serious heart complications from the Vaccine

Stokes ended the video by urging the NCAA not to compel student-athletes to get the vaccination, and he said that he had spoken with a large number of other players who had had cardiac problems after receiving the vaccine.

This news will almost certainly be ignored by the mainstream media, but Todd Starnes did his best to bring it to our attention. Here’s what he had to say about it:

John Stokes is a Division One golfer at Tennessee State University, but now his athletic career and his life are in jeopardy all because of the China Virus vaccine.

A few days ago, John received a second dose of the vaccine — and four days later he was in the hospital — with a severe heart issue. Myocarditis.

A 21-year-old collegiate athlete – perfectly healthy — until he got the vaccine.

Doctors told John that his college athletic career may be over.

Like many other college athletes, John was required by the NCAA to get vaccinated.

But students were apparently not told about the severe side effects of the vaccine — especially for young people.