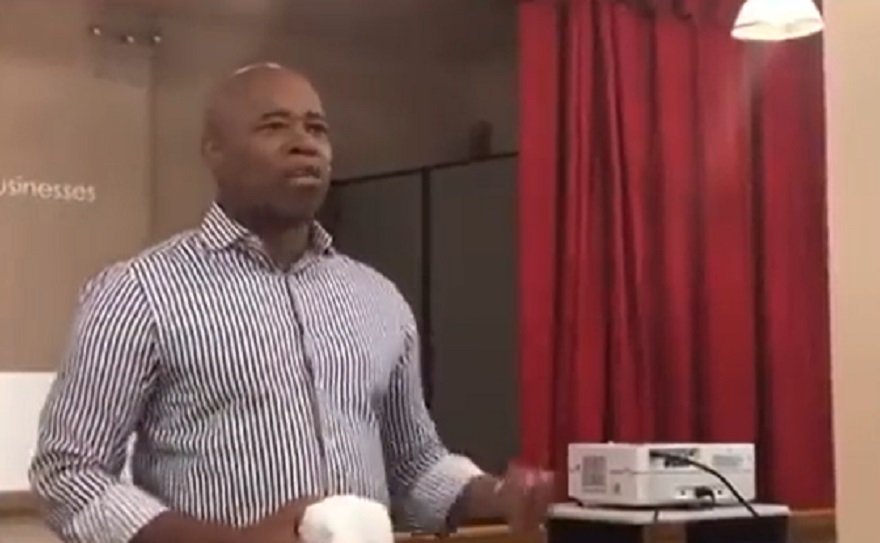 New York City Mayor Eric Adams referred to white NYPD officers as “crackers” at an event in Harlem on Dec. 13, 2019.

Adams was bragging about being a better cop than his white colleagues during the Harlem Business Alliance.

“Every day in the Police Department, I kicked those crackers’ a–,” Adams says in a video obtained by the New York Daily News.

The new mayor also boasted about a police organization he founded in 1995 called “100 Blacks in Law Enforcement That Care,” which fought against police brutality, racial profiling, and police misconduct.

“Man, I was unbelievable in the Police Department with 100 Blacks in Law Enforcement,” he continued. “Became a sergeant, a lieutenant, and a captain. You know the story — some people all of a sudden trying to reinvent me. But the reality is what I was then is who I am now.”

When asked for comment about the remarks by the newspaper, Adams apologized and claimed that the person asking the question had used the racial slur first.

Adams also discussed his desire to run for mayor.

”The people who say, ‘Where’s our real Black leaders?’ They’re going to say, ‘Who’s Eric? Why does Eric think he should be mayor?’ Well, Negro, you run. You run, go raise the $7 million,” he continued. “Let me tell you something, man. They are lining up — ‘Eric can’t be mayor.’ In the corners of the city, they are lining up. They know me. They know what I’m about and they know what I’m going to do as the mayor of the City of New York. Listen, we’re not going to play this game.”

Adams retired from policing in 2006.

The Daily News reports that the video was shot by Thomas Lopez-Pierre, “a controversial former political candidate who has a history of anti-Semitic, racist and anti-police remarks.”

“This is how Black people talk. To us, it was family. We were having a conversation with family,” Lopez-Pierre told the Daily News.

“More cops are going to get killed because Black men do not have opportunity,” Lopez-Pierre said. “I think it’s a great plan for white people to feel falsely safe.”