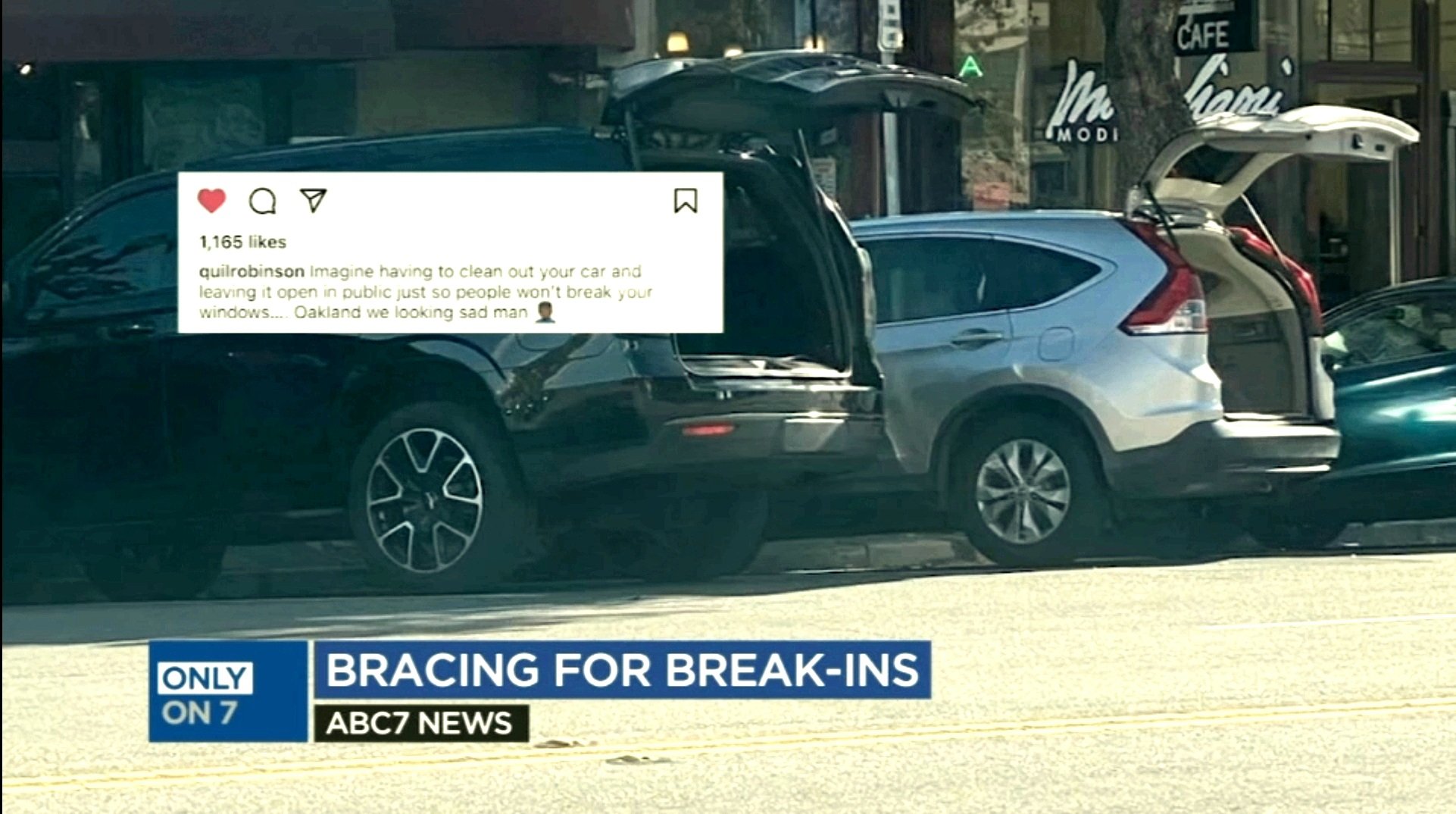 As Democrat officials continue to allow looters to run wild and crime to skyrocket across the state, California residents have resorted to leaving their cars with the trunk open in a desperate attempt to deter criminals from smashing their windows as they look for valuables to steal.

In addition to violent and other serious crimes, vehicle break-ins have been out of control throughout the state – particularly in large cities like San Francisco and Oakland.

Drivers are not even safe while they are on the street as more criminals begin to target cars that are sitting in traffic for quick smash and grabs.

The failure of public officials and law enforcement officers (who have been handcuffed by radical felon-first democrat policies) to enforce the law has led some people to empty out everything of value from their vehicle, unlock their doors, and leave the trunk open while they go about their business.

Residents have also resorted to putting up signs like “please don’t break the window, nothing valuable inside” or “please use the door” in their windows, but despite their best efforts, some end up having their windows smashed out anyways.

If you are thinking of leaving your car with the door or trunk open – even if you remove all of the valuables – don’t; it’s probably not the best idea.

Garrett Tom, the former San Francisco Police Deputy Chief, told ABC7 that he has never seen people leaving their vehicles like this throughout his 40-plus years of experience, adding that “there’s so much that can go wrong.”

Tom explains that going to such extreme lengths to avoid a break-in could result in even worse consequences than having to replace a window because you are essentially giving criminals unrestricted access to the vehicle – which could lead to the theft of other things than just loose valuables that were cleaned out of the car.

They could steal your batteries [or] your tires. They could go into your glove compartment and find out where you live.”

“It’s shocking. We are in different times.”

“We Are In Different Times:” As Crime Continues to Surge, California Residents Resort to Leaving Their Cars Parked With the Trunk Open In Desperate Attempt To Deter Looters From Smashing The Windows – (VIDEO)