SIDNEY IS AN AMAZING PATRIOT – OBIDEN IS A BOLD FACE LIAR!

We are not being boiled.  We are boiling over.

For more months than we care to calculate, we have been constantly assaulted with one leftist crisis/event after another.

From the BLM riots right up to the unconstitutional Biden vaccine mandates, we have been deluged with shocking incremental attempts to ruin this country.

Many compare it to the old analogy of “boiling a frog”. If you do it slowly the frog doesn’t even notice. … People ARE noticing. Instead of being boiled, we are about to boil over!

There is growing evidence that people across the country have had it with the track the left is railroading us down.

-Polling numbers indicate a turning tide for the Biden Regime.

-Employees are standing up for the freedom, risking their livelihoods.

-A few leftist reporters are writing the truth, finally.

-There are more and more law suits working their way through the legal system.

-Parents are not being intimidated by the threats of the Biden Justice Department.

Patriots, this is not going to be easy. It will be painful. The future of this upheaval in America will be fraught with peril.

We are fighting on many battle fields now. The left is ardent in their effort to shut down all opinions that do not mirror their talking points.

This is why you are so important. Stay with us. Keep seeking out real information and opinion. Keep sharing. And most of all, keep asking God to help us in this fight and keep us strong in our faith.

We still have a long way to go.

20 months in, the New York Times (one reporter, anyway) tells the truth at last

QUOTE: My old college classmate David Leonhardt becomes (as far as I know) the first Times reporter to acknowledge the two great realities of Covid in his VERY widely read morning newsletter:

ONE: The vaccines don’t work so good.

TWO: Covid is not dangerous to healthy kids

2- You will not get the usual news coverage that happened when anything messes up air traffic. The Fake News is ignoring this story as best they can. This will not be the last sick out we see in this industry. Be prepared for inconvenience.

Southwest chaos set to enter fourth day: Airline warns they are still working on problems that triggered mayhem after another 350 flights were canceled on Monday and 1,400 were delayed

QUOTE: Chaos caused by Southwest Airlines cancellations was set to enter a fourth day on Tuesday after the airline warned it is still working on the problems that triggered hundreds of flight cancellations.

The third straight day of canceled and delayed flights left passengers stranded and steaming from California to the East Coast, with pictures from airports showing long queues and children sleeping on the floor.

The widespread disruptions began shortly after the Southwest Airlines Pilots Association, representing 9,000 pilots, asked a federal court on Friday to block the airline’s order that all employees get vaccinated by December 8.

The timing has caused many to question whether the disruptions is related to the company’s vaccine mandate, with some claiming staff are staging industrial action over the decision.

The Southwest Airlines Pilots Association has denied the claims, but accused the company of a botched response to what it said would have been a minor challenge for other airlines.

QUOTE: Texas Gov. Greg Abbott has made another move against nonsensical COVID policies. Today, he signed an executive order banning vaccine mandates by any entity in the state. This would hit corporations that have begun to follow federal guidelines to mandate vaccines for all their employees. And though an official rule from OSHA has yet to materialize as threatened, Abbott’s move is in direct defiance of Joe Biden.

This comes in the midst of a meltdown happening at Southwest Airlines over a coming vaccine mandate in November.

4- 65% of voters think that Voting By Mail is a risky way to run an election.

Polls have shown for a decade that voters want Voter ID, by 70%+.

Voters KNOW what they want. Elected politicians all over the country have ignored them. Republicans have let the Deomcrats have their way on these important issues for years. This has to be stopped.

Vote-By-Mail: Most Voters Think It Will Cause More Cheating

QUOTE: Last year’s election featured mail-in voting as a measure to cope with the COVID-19 pandemic, but now more states are making vote-by-mail permanent, and nearly two-thirds of voters believe the result will be more cheating in elections.

A new Rasmussen Reports national telephone and online survey finds that 65% of Likely U.S. Voters believe that wider use of mail-in voting will lead to more cheating in elections, including 51% who say it’s Very Likely. Twenty-eight percent (28%) don’t think more mail-in voting will mean more cheating, including 14% who say it is Not At All Likely.

5- Everyday, more employees are working to put an end to the blatant taking of medical freedoms.

QUOTE: Attorney John Howard and Davillier Law Group, with support from America’s Frontline Doctors (AFLDS) filed a Complaint on Thursday in the U.S. District Court for the Northern District of California against Kaiser Permanente, one of the U.S.’s largest health care organizations. The lawsuit challenges Kaiser’s mandate that all 217,000 employees be vaccinated by September 30, 2021 or be placed on unpaid leave. Employees have until December 1, 2021 or they will be terminated. Over 4,000 employees have reached out to America’s Frontline Doctors for civil rights assistance.

6- Just 16 students with courage and facts got this halted in the courts.

A three-judge panel of the U.S. Circuit Court of Appeals for the 6th Circuit unanimously sided Thursday with the students, upholding a district court ruling enjoining school officials from forcing the athletes to get vaccinated.

The students had sued, claiming that the school denied or did not review their request for religious exemptions from the vaccine requirement.

7- The Louisiana and Virginia School Board Associations have pushed back on the horrible attempt of the Biden Regime to shut parents up when they are concerned for their children.

QUOTE: The Democrat playbook is about hate, division, disunity, dysfunction, and creating the ultimate dystopia in which people are “ruled” by elites who are not ‘public servants’ but who are—essentially—demigods, holding over us every God-given right and demanding our complete submission to their will.

Finally, we are seeing pushback from school board associations.

LSBA Response to NSBA’s Request for

So far, it’s only two, but the floodgates will open, and grifter Garland and the already wobbly Biden administration are going to have to either fold on this racist curriculum (thus earning squishy indie votes they desperately need) or double-down and lose it all. 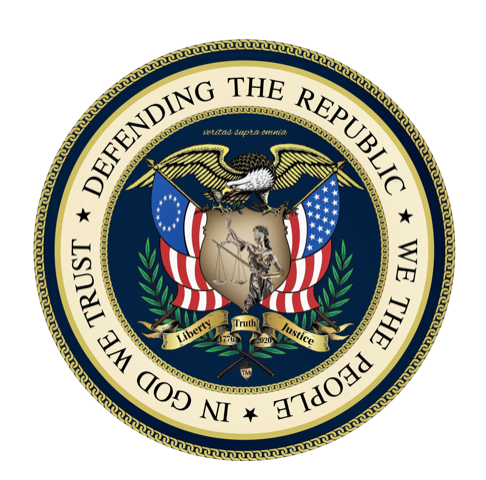