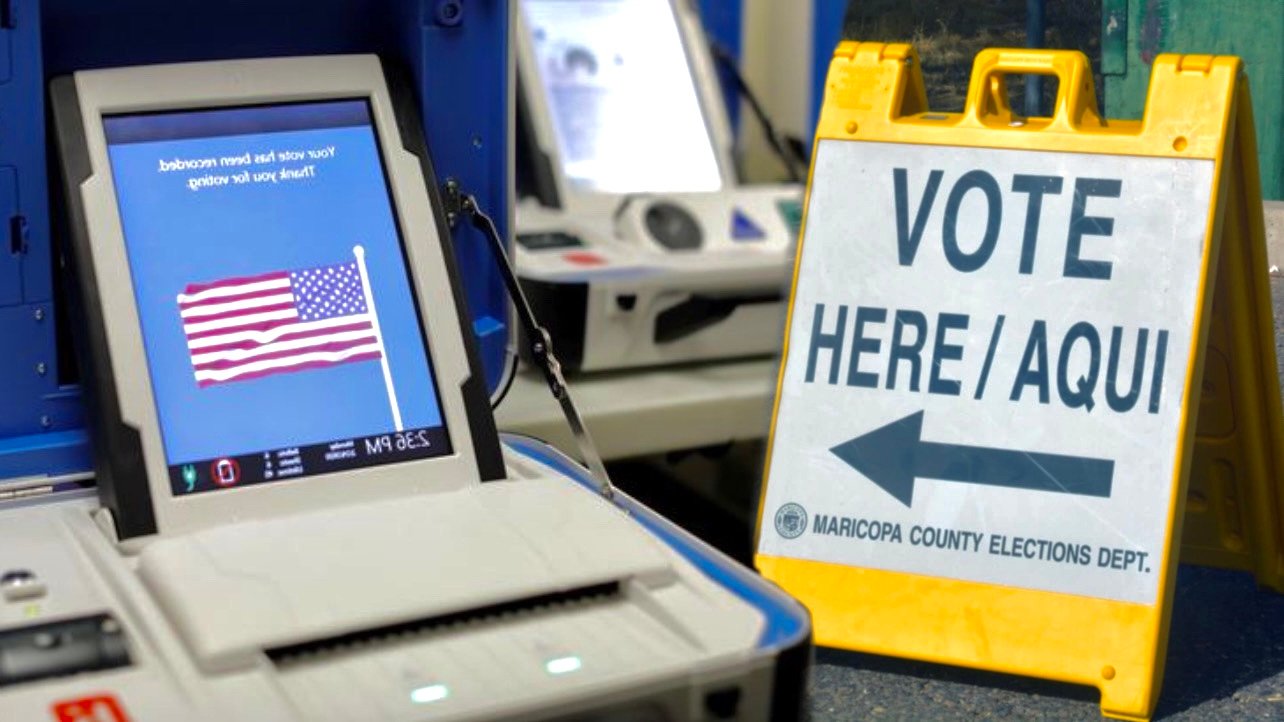 Let’s face it, if you are willing to steal a US Presidential Election, then you will do anything.  Today’s actions by the EAC will shock you.

This morning we reported that the two ‘auditors’ selected in Arizona by the Maricopa County Board of Supervisors to perform an ‘audit’ of its 2020 election results had some notable issues.

The Maricopa Board of Supervisors limited their choices to two companies Pro V&V and SLI Compliance.

We know that Pro V&V has only three company contacts and has been in business since 2011.  The President of Pro V&B is Jack Cobb.  Cobb has been called in to perform audits for Dominion in the past.  He performed one audit in the Philippines in 2019, but he referred to himself as the ‘Laboratory Director’ during this engagement.  Pro V&V once had a certificate of accreditation from the USEAC but it expired in 2017. (No recent accreditation was noted on its website

SLI Compliance also provides little support for its election certifications on its site.  It has a website and a page dedicated to voting system certification testingSLI Compliance on its website claims it was accredited by the USEAC but this morning we could find no support for this or if this was current.  However, we did see that both entities were used by Dominion voting systems for their recent audits.

BREAKING EXCLUSIVE: The Same Clandestine Companies Involved in the Certification of Dominion Voting Systems and the 2020 Results in Georgia Were Chosen for the Upcoming Arizona ‘Audit’

We followed this report and asked how can the EAC (the government body that oversees elections) remain independent when their CIO worked for Dominion Voting Systems for a decade?

How Can the Government Agency Certifying Elections (the EAC) Maintain Its Independence When Its CIO Previously Worked for 10 Years for Dominion Voting Systems?

Our first article must have hit a nerve because the EAC did something today that is quite shocking.

We argued in our first article that the Maricopa County Board of Supervisors claimed they picked Pro V&V and SLI Compliance because these two auditors were certified by the EAC.  They chose these entities in spite of the offer by election ballot