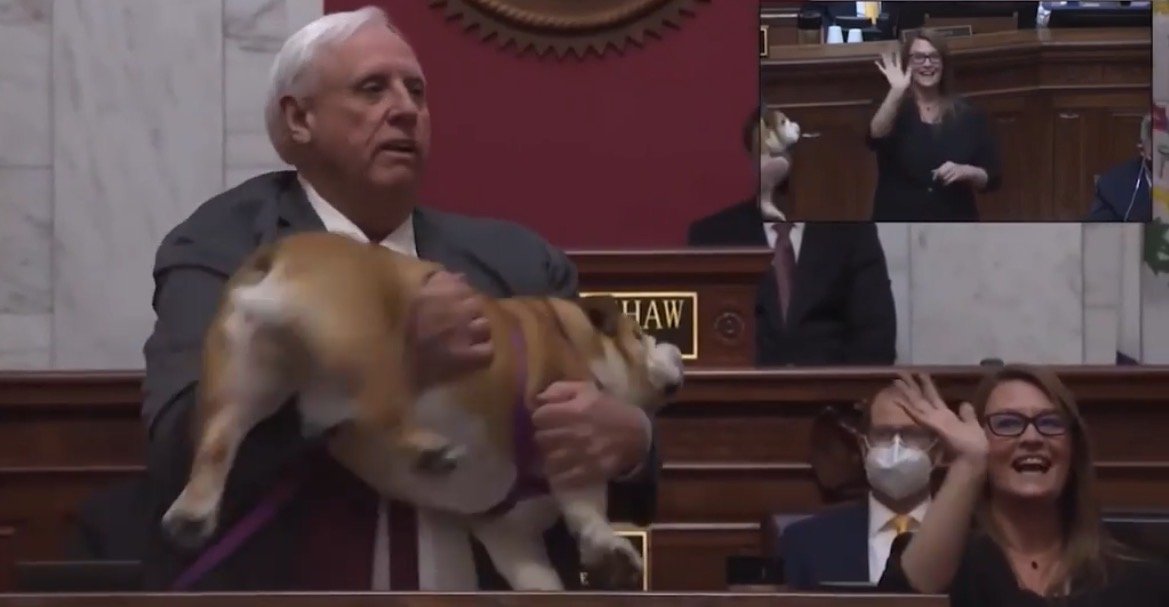 West Virginia Governor Jim Justice told Bette Midler to kiss his bulldog’s “hiney” in response to the washed up singer’s attack on the people of his state.

The Republican governor flashed his English bulldog’s backside to Bette Midler and other toxic leftists attacking the good people of West Virginia.

Midler called West Virginians “poor, illiterate and strung out” from her ivory tower in response to Manchin listening to his constituents.

Governor Justice had a message for Bette Midler Thursday evening during his state of the state address.

“Babydog tells Bette Midler and all those out there: Kiss her hiney,” Justice said to a standing ovation.

West Virginia Gov. Jim Justice flashed his pet bulldog’s butt to critics during his state address on Thursday, telling Bette Midler and others to “kiss her hiney.”

Midler has criticized WV Sen. Joe Manchin, saying “just like his state,” he is “poor, illiterate and strung out.” pic.twitter.com/jOEcFnuQKc