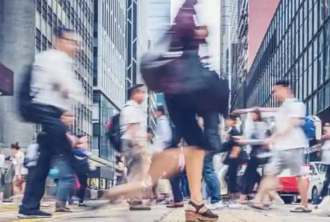 TIME TO FIGHT BACK

What Americans Must Do to Stop the Great Reset

There was a very good article posted online earlier this year titled “11 things you can do to help stop the great reset”. The article was posted to a website that should be getting greater following these days, StoppingSocialism.com.  The article was written by Justin Haskins, editor-in-chief of StoppingSocialism.com, a New York Times bestselling author, and the director of the Socialism Research Center at The Heartland Institute.

His article has been weighing heavy on my mind as it is time for our political leaders and American patriots to go even further than his list of 11 offered.  In brief, his list included what most Americans can do right now:

A 12th one I could have added – “Boycott Advertisers Who Support Globalist Broadcast Networks and News Publications” – makes for a perfect circle back to his first one of “Live Not by Lies.”

The world seemingly is at war, and the roots of that war which did not exist two years ago when Donald Trump was President seems to be the New World Order (NWO) Globalist Elites kicking their Great Reset plan into hyper-overdrive since the unexpected election of President Trump in 2016. Working from the premise America is at war, the following actions need to be taken immediately by any political leader, military personnel, or civilian who can make them happen:

To that last point: Anybody with a brain knows the IRS should be going after the big fish in the sea and not the little fish with stupid 1099-K forms for online craft sales greater than $600! The Pelosi, Clinton, and Biden families should also be targeted. The Trump family had their net value go down during the four years Donald Trump held our highest office, so he should get a free pass just for being illegally stalked and harassed by the Democrats.

And if you think I am some kind of lunatic alarmist, consider these two very newsworthy stories not being reported by our mainstream news media:

You are not alone if you have not heard of these two stories.

In brief, millions of Brazilian citizens have taken to the streets for 37 straight days as they protest what they see as a recent corrupt election outcome. Like America, an unpopular globalist took their highest office over a popular nationalist. Martial law could come next week, but the citizens are vowing to stand firm and asking the military to intervene in a coup to oust their new fraudulent globalist president. Brazil’s Constitution allows for a military takeover during election integrity issues.

Meanwhile, in the Netherlands, Dutch farmers have been protesting on and off for months, using their heavy farm equipment to block roadways.  The issue here is the Dutch politicians are taking cow farts to the extreme.  Politicians have put unrealistic environmental regulations on methane releases for agri-businesses under the guise of protecting the world from “climate change.” Some 3,000 farms have been targeted to be closed and lost in 2023, which experts say will most assuredly lead to food shortages. The farmers were immediately hunted down and disbanded by police and riot squads. Netherlands Police were seen using heavy construction machinery to tip over tractors with protested farmers in them.

In many instances, those caught shooting cell phone videos of these two protests from opposite sides of the world are arrested and hauled off to internment camps in black vans.

When you use your critical thinking skills, the first story from Brazil represents what Americans should have done in November of 2020, and the second story from the Netherlands shows what could be coming to America soon and why Americans should never give up ANY of their guns!

And make no mistake, climate change is a charade, as I previously reported here: “How Climate Change Hoaxers Expose Themselves Given Time’ – Mark Schwendau.

By the way, this last article of mine is seemingly being banned by Google.com, which is why I use Brave.com search engine now.  It comes up on the first page of Brave. See my point number 6 above!

In my humble opinion, the greatest threat we have to stop the Great Reset is to get more Senate Democrats to flip over to the Republicans. There are still Democrats who are neither socialists nor globalists. If a logical and heartfelt calm appeal can be made to their consciousness with an offer to protect them after they flip, this is our greatest weapon to turning the “Great Reset” into the “Great Upset.”

Mark S. Schwendau is a retired technology professor who has always had a sideline in news-editorial writing where his byline has been, “Bringing little known news to people who simply want to know the truth.”  He classifies himself as a Christian conservative who God cast to be a realist.  Mark is an award-winning educator who has published seven books and numerous peer-reviewed trade journal articles, some of which can be found on the Internet.  His father was a fireman/paramedic, while his mother was a registered nurse.  He holds degrees in technology education, industrial management, OSHA Safety, and Driver’s Education.  His website is www.IDrawIWrite.Tech.