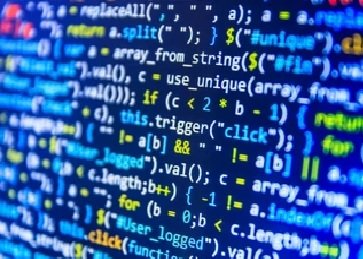 There are plenty rumors concerning the server obtained in Germany after the election.  Here’s what we know.

On the Monday following the election, President Trump fired Defense Secretary Mark Esper.  Christopher Miller, who serves as director of the National Counterterrorism Center, replaced Esper.  Esper held his own press conference in June to announce that he would not follow President Trump’s orders and protect the White House from Antifa and  BLM rioters who were burning down DC.

Then in one of his first moves on November 18th, Acting Defense Secretary made military special ops report directly to him along with the Secretaries of the Army, Navy and Air Force:

Acting Defense Secretary Christoper Miller announced Wednesday that U.S. Special Operations Command will now report directly to him, putting it on par with the service branches.

At about the same time on November 16th we heard from Rep. Louie Gohmert that people on the ground in Germany report that Scytl, which hosted  elections data improperly through Spain, was raided by a large US ARMY force and their servers were seized in Frankfurt.

We later posted more information we received from one of our sources on this raid in Germany.

From our source: Once they determined that this Dominion server was involved in switching votes the intelligence community began a search for the server and discovered that the server was in Germany. In order to get access to that server and have it available for use in a legal manner they had to have the State Department work in tandem with the Department of Justice. They had to request that the government of Germany cooperate in allowing this seizure of this server.

The appropriate documents required to affect that kind of seizure were put in place, signed off on, and it appears there was also US military support in this operation. The US military was not in the lead. But this helps explain why Esper was fired and Miller and Kash Patel were put in place — so that the military would not interfere with the operation in any way.

By getting a hold of the server they now are going to have the direct evidence of when they were instructed to stop counting. They will also discover who gave the direction to stop counting and who initiated the algorithm that started switching votes. The CIA was completely excluded from this operation.

A short time later Sidney Powell commented on the server but she didn’t know who it was who captured the machines:

But by the 21st of November the excellent reporter at Newsmax,