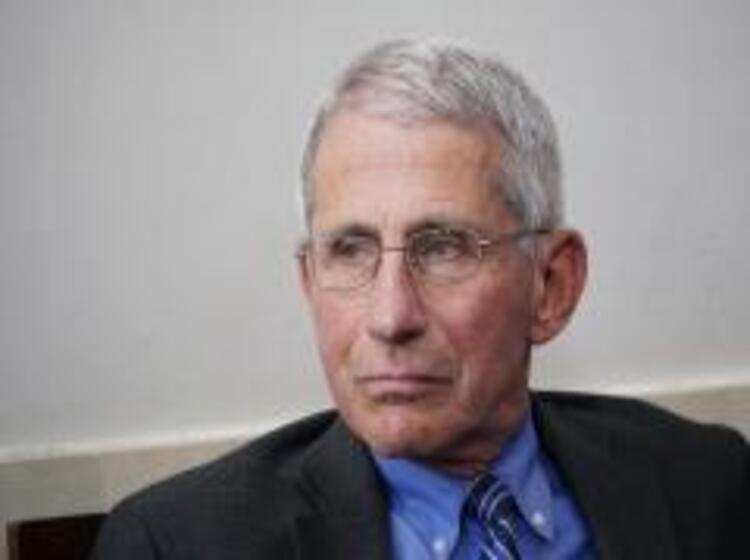 Dr. Anthony Fauci has received much criticism for his handling of the COVID-19 pandemic. (Photo credit: MANDEL NGAN/AFP via Getty Images)

Doctor-induced maladies are called iatrogenic, typically the result of an unintended diagnosis. Unfortunately, when it comes to sex and drugs, there is no shortage of doctors who are giving lousy advice these days.

Health professionals across the nation have recently been advising people how to handle sexual relationships during the pandemic. What they are saying would shock many Americans.

For the uninitiated, this proviso is aimed mostly at homosexuals. Instead of telling the truth—this is a filthy and dangerous practice—the health experts simply exercise caution.

The incredibly tolerant attitude that these health experts exhibit when it comes to sordid sexual practices during the pandemic is at odds with their treatment of the faithful. They all placed burdensome restrictions on houses of worship.

Last year, New York City Mayor Bill de Blasio went after Jews with a vengeance. “My message to the Jewish community, and all communities, is this simple: the time for warnings has passed. I have instructed the NYPD to proceed immediately to summons or even arrest those who gather in large groups.” The mayors of Washington D.C. and San Francisco made similar statements, and were sued by the local archdiocese for imposing draconian restrictions on their churches.

So what does our number-one guru doctor have to say about all of this? Earlier this year, Dr. Anthony (“Double Mask”) Fauci warned church-goers that “coughing or sneezing” in a house of worship could be dangerous. Even talking was a problem, and “singing even more than talking.”

Now weigh that with what “Double Mask” said about hooking up online.

“If you’re willing to take the risk—and you know, everybody has their own tolerance for risks—you could figure it out if you want to meet somebody. If you want to go a little bit more intimate, well, then that’s your choice regarding that.”

Just make sure there is no singing.

We spent well over a year learning that COVID-19 is a respiratory disease that can kill. Happening at the same time has been the legalization of marijuana in many states. So where are all the medical professionals warning about that?

The disconnect is astonishing. We are a nation obsessed with respiratory diseases. We are also doing everything we can to stop people from smoking. Marlboro’s that is. But marijuana is perfectly fine.

The American Medical Association has warned against marijuana legalization, but a majority of physicians, health administrators, pharmacists and nurses support it. The CDC details all of the negative mental and physical effects of the drug yet it does not take a position against its legalization. Yet we know from drugabuse.gov that “Because of how it is typically smoked (deeper inhale, held for longer), marijuana smoking leads to four times the deposition of tar compared to cigarette smoking.”

And what does “Double Mask” have to say about this? Practically nothing. Yes, Fauci is on record saying, “Smoking is terrible under any circumstance.” But he has not said a word about marijuana legalization. He’s too busy sending up flares about other respiratory problems.

The sex advice from these health experts clearly sanction, if not celebrate, promiscuity. Thus do they play a role in promoting STDs, including AIDS. The drug advice they give is similarly delinquent, making them responsible for the increase in marijuana-induced behavioral and physical maladies.

Do not believe for a second that these sages simply want to be non-judgmental. Last year, some 1,300 health professionals roundly defended the urban riots that took place, saying that despite the need to abide by stay-at-home orders, Black Lives Matter protesters were justified—even when ignoring social distancing—because of the “pervasive lethal force of white supremacy.”

It all depends on the demographics of the group under consideration, and the cause they are promoting, not health and safety measures. No wonder health officials have seen their credibility atrophy.

If all doctors simply told the truth, more lives would be saved. If more of them were like those associated with the Catholic Medical Association, we wouldn’t have these problems. Regrettably, too many health issues are iatrogenic in nature.

Bill Donohue is president and CEO of the Catholic League for Religious and Civil Rights, the nation’s largest Catholic civil rights organization. He was awarded his Ph.D. in sociology from New York University and is the author of eight books and many articles.