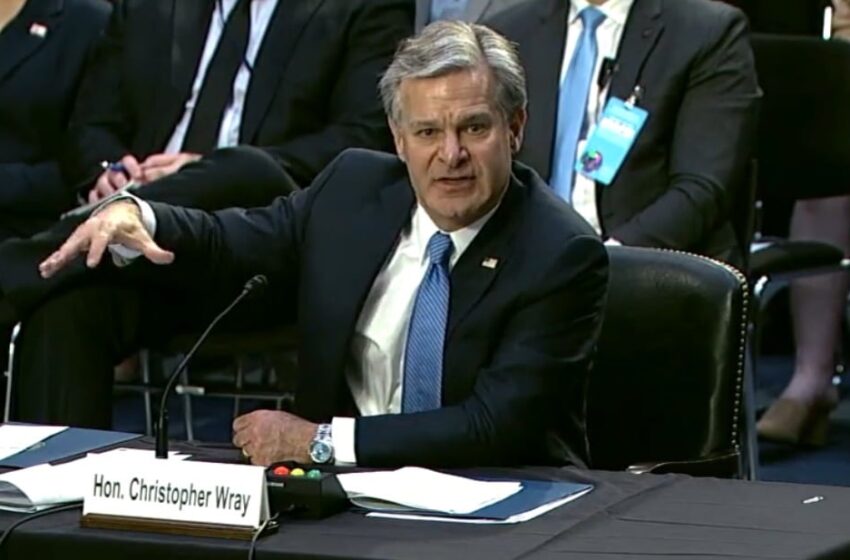 Chris Wray is one of the most disgusting, crooked, and criminal actors in the DC swamp.  He is a card-carrying member of the Deep State and will do all he can to cover up Democrat crimes.

We already know this from the relationship Wray has with the DOJ’s new Special Counsel Robert Hur. Wray and Hur go way back.

We also know of the Wray and Hur relationship from Kash Patel’s comments on the War Room where Patel shared:

A special counsel on paper is the right move and it would have been back in November but the problem is we’ve seen the corrupt government gangsters go out and cover up the corrupt activities.  Namely the likes of Rod Rosenstein, Chris Wray and Merrick Garland.

Chris Wray was dishonest and corrupt in his entire time at the Director of the FBI.  He was part of the Russiagate sham and now he’ll be assisting in the Biden Special Counsel created this week.

Next week the World Economic Forum will meet again at Davos and Chris Wray will be there.

Exclusive list of every U.S. politician and official attending Davos next week pic.twitter.com/2gyGKcRWKe

Will Klaus Schwab be telling Wray how proud he is for corrupting the FBI or will he offer his advice on what to do with Biden?  Maybe everything has been decided and Wray will be commended.  A real DOJ and FBI would be looking into Wray’s crimes of sedition.