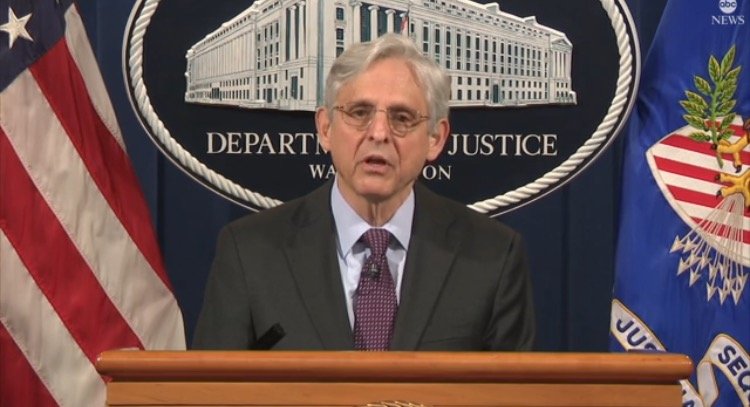 One mom was investigated because she belonged to a ‘right-wing group’ called “Moms for Liberty” and because she owned a gun.

Another dad who opposed masks was investigated because he fit the bill of an “insurrectionist” because he “has a lot of guns.”

Last fall, the National School Board Association (NSBA) coordinated with the Biden White House weeks before AG Merrick Garland classified parents “domestic terrorists” in a letter to the FBI.

The NSBA begged Biden to use federal law enforcement agencies against parents and investigate them for “domestic terrorism and hate crime threats.” They shamelessly claim the situation is so dire that he should use the Patriot Act, among other “enforceable actions” against them.

Merrick Garland targeted parents who dare speak out against Critical Race Theory (CRT) because his son-in-law makes millions off of selling the Marxist literature across the country.

The NSBA begged the Biden Regime to label parents “domestic terrorists” and use the Patriot Act against them.

AG Garland denied this was happening under oath during testimony to lawmakers.

“I can’t imagine any circumstance in which the Patriot Act would be used in the circumstances of parents complaining about their children, nor can I imagine a circumstance where they would be labeled as domestic terrorism,” Garland said in October under oath.

Rep. Jordan says he has evidence from a whistleblower that reveals the FBI targeted parents using terrorism tools.

SMOKING GUN: Whistleblowers reveal the FBI has labeled dozens of investigations into parents with a threat tag created by the FBI’s Counterterrorism Division pic.twitter.com/uDMd7x1no3

Republican Reps. Jim Jordan and Mike Johnson say they have evidence that the FBI targeted parents who protested schools’ COVID policies despite assurances from Attorney General Merrick Garland that it never happened.

In a letter addressed to the Justice Department, Jordan and Johnson said they have evidence that the FBI labeled dozens of investigations into parents with a threat tag created by the bureau’s Counterterrorism Division to assess and track investigations related to school boards. The evidence comes from “brave whistleblowers” within the Department of Justice, they say in the