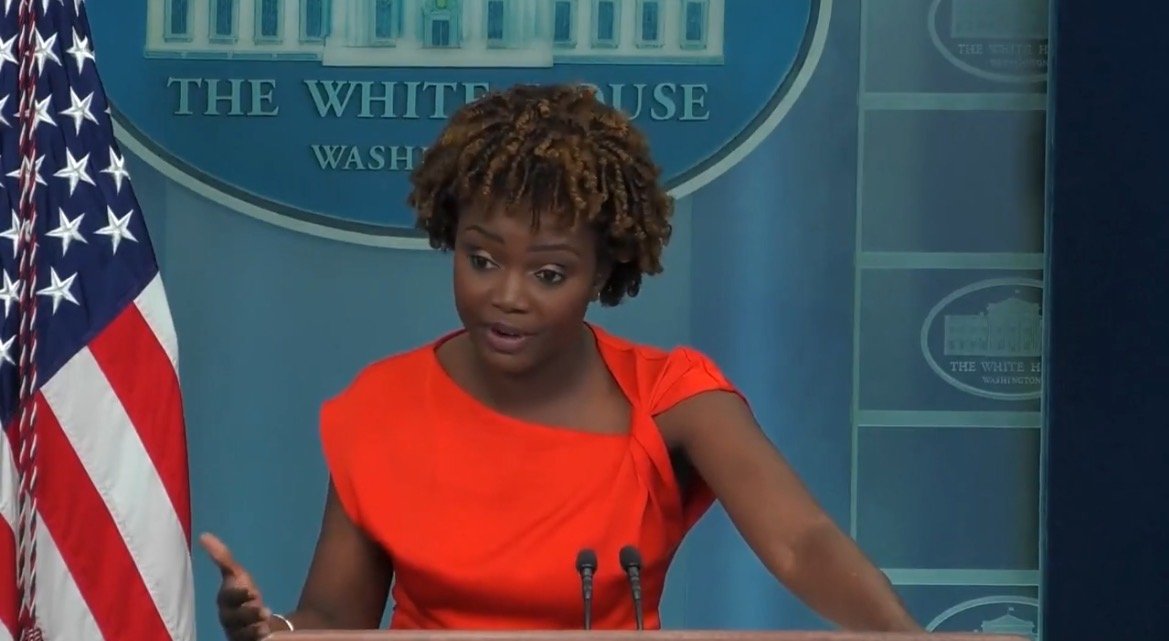 White House press secretary Karine Jean-Pierre said that Joe Biden does not agree with packing the Supreme Court while speaking to reporters aboard Air Force One on Saturday.

Democrat lawmakers and pundits have been calling for Biden to add additional justices to the court since he was elected, but calls to do so have intensified since the Roe v. Wade decision.

However, Jean-Pierre said that the “extreme”  decision to hand abortion issues back to the states was “out of step.”

Jean-Pierre said that “the reality is, we have to get Congress to act to restore Roe, to make it law of the land.”

Karine Jean-Pierre: “The reality is, we have to get Congress to act to restore Roe, to make it law of the land.” pic.twitter.com/xcKnUDI15H

ABC News reports that “Rep. Alexandria Ocasio-Cortez of New York, Rep. Ilhan Omar of Minnesota, Sen. Ed Markey of Massachusetts and others expressly called for expanding the court in the wake of the decision on abortion access.”

“We need to balance out this court before they do more harm than what they’ve done thus far,” Adams said at a press conference on Friday.

Prior to the court’s opinion being released, on June 9, Biden said that he was considering executive actions to protect abortions — but he did not provide any examples of possible actions.

The remarks were made during Biden’s appearance on Jimmy Kimmel Live.

“There’s some executive orders I could employ, we believe. We’re looking at that right now,” Biden said.

Biden also speculated that overturning Roe v. Wade, as they ended up doing, would cause a “mini revolution.”

“It’s clear that if, in fact, the decision comes down the way it does and these states impose the limitations they’re talking about, it’s going to cause a mini revolution and they’re going to vote a lot of these folks out of office,” Biden said.

White House Press Secretary Says Biden Does Not Agree With Packing the Supreme Court appeared first on The Gateway Pundit.