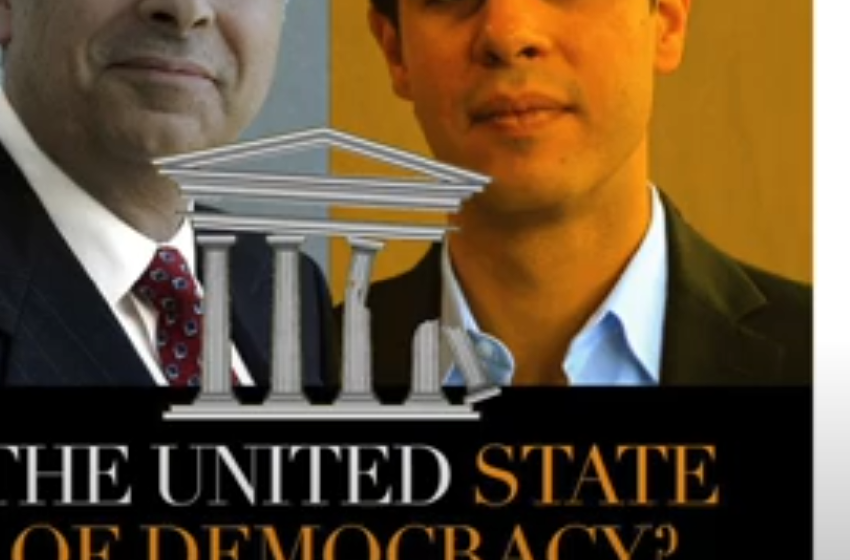 Ben Sasse and the battle over what kind of conservative leads the GOP
By: W. James Antle III
Will the shift toward GOP deliver a Senate midterm elections win?
By: Elizabeth Stauffer
Big Medicine joins the conservative censorship campaign
By: Nicole Russell

The Debrief: David Mark on the state of the Senate races
Reporter’s Notebook: Biden on the campaign trail — or not?
Biden to pardon prior federal simple marijuana possession offenses
Baby formula manufacturers exploited healthcare data for profit during shortage

Sign up now to get the Washington Examiner’s breaking news and timely commentary delivered right to your inbox.

This week’s White House Report Card finds President Joe Biden working overtime to stop what appears to be a growing red wave that could give the Republicans control of the House and Senate.

His week was highlighted by slowing job growth, a decision to let potheads out of jail, more aid to Ukraine, and a shrinking Dow Jones.

He was also speaking out more. In Florida, where he presented a united team with Republican Gov. Ron DeSantis, the president was overheard telling a local mayor that “Nobody f**** with a Biden.” Then, while giving a manufacturing speech, he said, “Let me start off with two words: Made in America.”

President Biden: “Let me start off with two words; Made in America.” pic.twitter.com/z83hNBtIMX

And then, in a grim and scary message to Democratic donors, he rolled out a weird warning of an Earth-ending war when referring to Russian President Vladimir Putin’s threats of a nuclear attack. “We have not faced the prospect of Armageddon since Kennedy and the Cuban missile crisis,” he said.

Our graders were split. Democratic pollster John Zogby found a rainbow in the jobs numbers and added that Biden’s approval average was creeping up. Republican analyst Jed Babbin said it was another failed week.

Just looking at the numbers, this was a good week for Biden.

He is averaging 45% approval in the four polls published just this week, his highest average in a long time. The economy created 263,000 new jobs in September, and the unemployment rate fell to 3.5%.

Initially, the new jobs figure was interpreted as “not enough” because that meant growth was slowing down. By midday, investors concluded that the figure was actually too much, a sign that the economy was not slowing down enough and that the Federal Reserve would have to raise interest rates once again at its next meeting. But let’s try this unique approach: 263,000 new jobs were created, the unemployment rate fell to 3.5%, and wages grew once again. Just saying!

Ukraine is embarrassing Putin with the $17 billion aid the U.S. has given thus far. On the flip side, OPEC, dominated by U.S. “ally” Saudi Arabia, has agreed to slow production of oil by 2 million barrels a day, just in time for prices at the pump to go up as much as 30 cents a gallon before the election. As we used to say when I was alive in the 1950s, “With friends like this, who needs Red China?”

Bottom line: The economy’s numbers and the president’s numbers are good.

Biden had a week that was pretty typical for him — there were so many disasters that it was hard to keep track of them all.

Having failed with his “Disinformation Governing Board,” which was intended to censor anti-Biden social media, Biden has now subcontracted their effort to the “Election Integrity Partnership” — which is going to do the same thing in the 2022 elections. According to one report, the Democratic National Committee and other left-wing groups can open “tickets” on specific websites or posts asking them to be censored. The whole exercise is totally unconstitutional and thuggishly malevolent.

Biden called a Coast Guard rescue swimmer to thank him for his bravery in rescuing people hit by Hurricane Ian. But the man will be thrown out of the Coast Guard in a couple of weeks for not complying with Biden’s vaccine mandate.

The national debt surpassed $31 trillion, which is about 50% more than our gross domestic product. We’re not in as bad of an economic shape as El Salvador or Greece, but we’re getting there thanks to reckless overspending.

Meanwhile, inflation continues to roar. Grocery prices are some of the most affected, exceeding 10% over a year ago. According to one report, the public is suffering the worst inflation impact on wages in 25 years.

Remember Joe & Co. bragging about falling gas prices last week? Well, they never fell by more than a few cents, and now they’re going up again. That’s despite Biden’s election eve drawing of about 1 million barrels of oil per month from the Strategic Petroleum Reserve.

Speaking of buying votes, Biden is pardoning those convicted of possessing marijuana in federal courts.

In more election pandering, Biden said that he had been raised in Scranton’s Puerto Rican community and promised continued aid for the island while he’s in office.

Dark Brandon: No one fucks with a Biden pic.twitter.com/zdt2SuArKu

While touring hurricane damage in Florida, Biden was caught on a hot mic saying, “Nobody f**** with a Biden.” That’s one of his most laughable statements ever. Nations, courts, and people are lining up to mess with him. Some already have, such as Saudi Arabia’s decision to cut oil production, North Korea’s missile tests over Japan, and a federal court’s ending of the Obama-era DACA program giving younger illegal immigrants amnesty.

If you look around, you can see that pretty much everybody wants to mess with Biden.

John Zogby is the founder of the Zogby Survey and senior partner at John Zogby Strategies. His weekly podcast with son and managing partner Jeremy Zogby can be heard here. Follow him on Twitter @ZogbyStrategies

Jed Babbin is a Washington Examiner contributor and former deputy undersecretary of defense in the administration of former President George H.W. Bush. Follow him on Twitter @jedbabbin