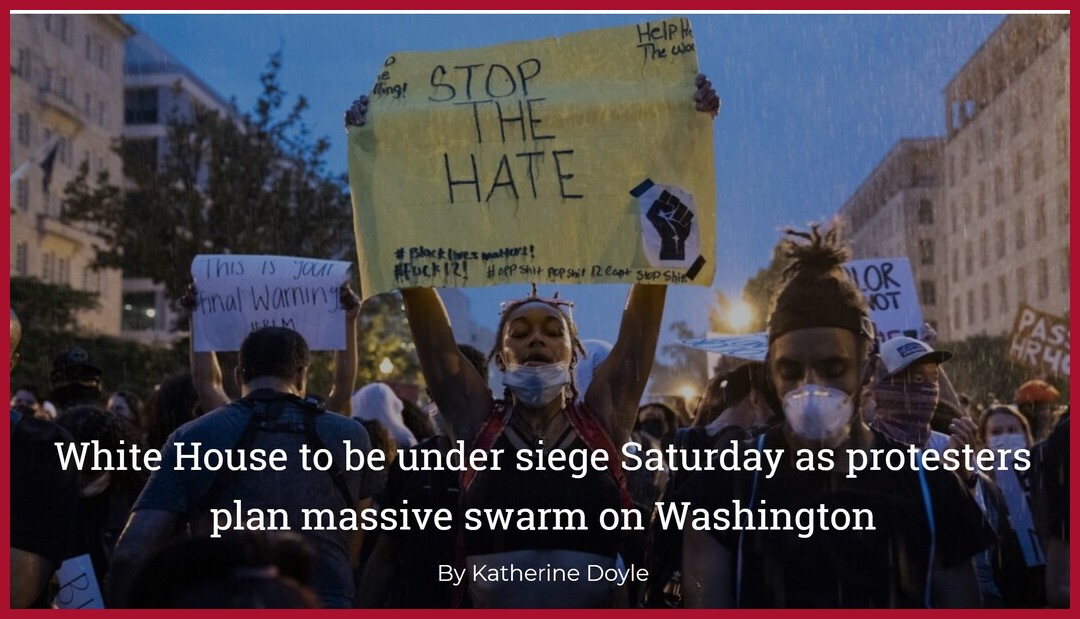 screenshot- MAYOR OF D.C. JUST PUT POTUS AND HIS FAMILY IN DANGER!!

D.C. Metropolitan Police said the event “may be one of the largest we’ve had in the city.”

Calls for action shared on Twitter, including one by a group called Refuse Fascism, say demonstrators will meet outside Lafayette Park, an area forcefully cleared of people on Monday before Trump’s trip across the square for a photograph holding a Bible in front of St. John’s Episcopal Church.

“Trump has unleashed US military police and threatened to call out the military nationwide to crush the righteous George Floyd protests against police murder,” reads a statement by the group, which calls for an end to “police murder of black people,” a “fascist police state,” a “fascist military war on the people,” and for Trump and Vice President Mike Pence to leave office. 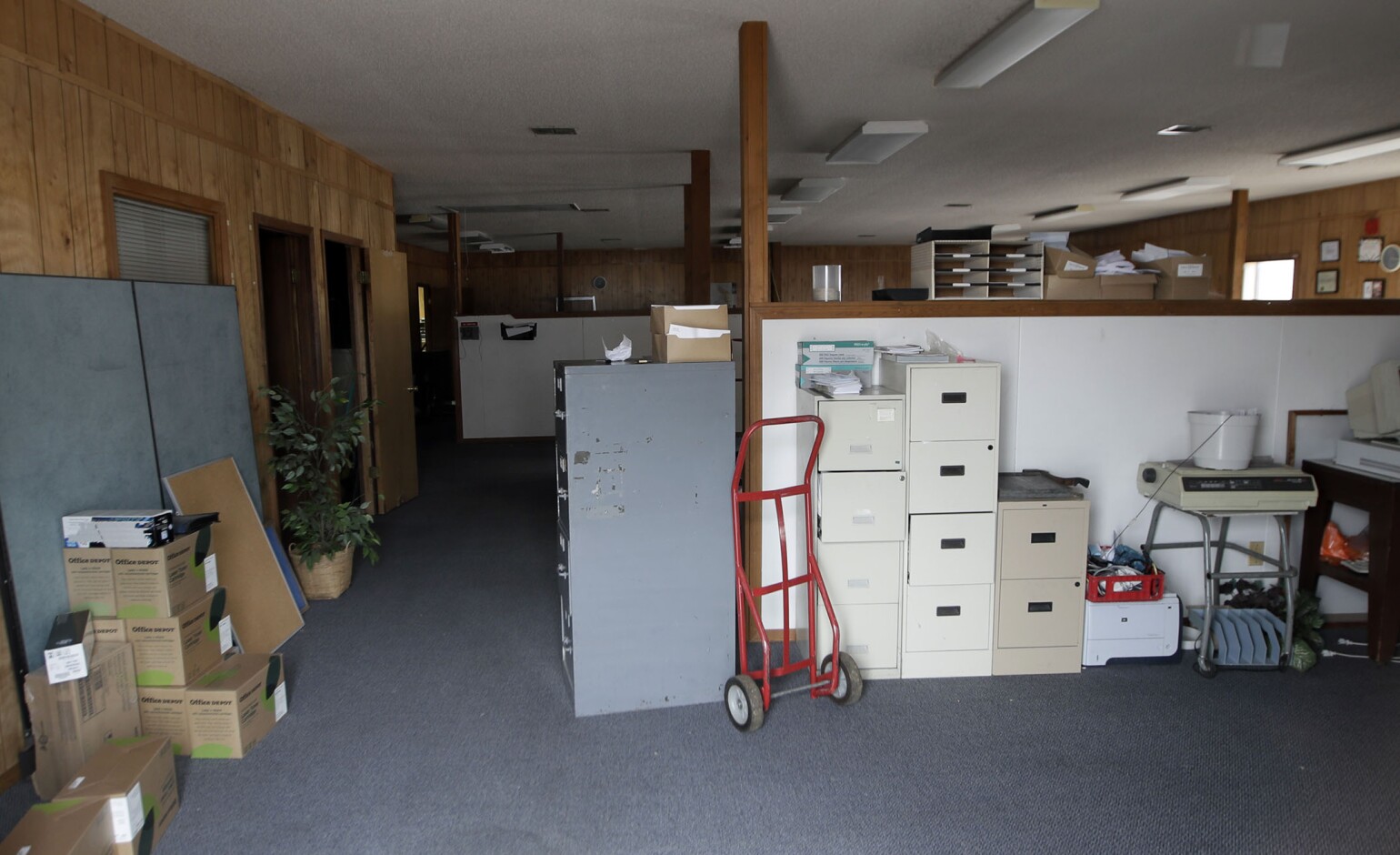 Trump was scheduled to fly to his Bedminster, New Jersey, golf club, but the trip was canceled. “The president’s looking forward to another working weekend,” a senior administration official told Politico.

Adam Parkhomenko, a Democratic strategist who served as a national field director for the Democratic National Committee in 2016, claimed a million protesters might show up in Washington.

Many people are saying one million Americans expected in Washington, DC on Saturday to protest outside the White House. Retweet if you are excited! Very nice weather!

Other demonstrations are expected to take place, including a march organized by No Justice No Peace, beginning at 2 p.m. outside the Dirksen Senate Office Building on Capitol Hill.

Another will meet at the Lincoln Memorial at 12 p.m. Black Deaf DC is meeting at 2 p.m. near the White House.

The White House has countermeasures in place.

Later Monday evening, after Trump’s appearance at the church, workers were seen building a fence around the broader White House perimeter, including the Lafayette Park. Additional fencing was added on Thursday. Citing “necessary security measures,” the Secret Service said the fence was expected to remain in place until next Wednesday.

“These closures are in an effort to maintain the necessary security measures surrounding the White House complex, while also allowing for peaceful demonstration,” said a Secret Service spokesperson in a statement.

Asked about security measures ahead of the protest, Trump spokesperson Judd Deere said, “The White House does not comment on security protocols and decisions.”

At a Rose Garden news conference on Friday following a week of unrest, Trump praised the military, National Guard, and Secret Service for what he said was “an unbelievable job” quelling the protests. “This was like a piece of cake,” he said.

Protests last weekend became violent at times, and on Friday, Trump was reportedly rushed to a bunker beneath the White House, though he claimed he was conducting an inspection of the facility.

Capping a week of protests, a stretch of road that leads to the White House was painted early Friday to read “Black Lives Matter.”

This is performative and a distraction from her active counter organizing to our demands to decrease the police budget and invest in the community. Black Lives Matter means Defund the police. @FenitN @wusa9 @ABC7News @IGD_News @news https://t.co/8VUnHOBtsg

The Mayor of DC laughed when she threw the National Guard  out of the City.

She just put the President and his family lives in DANGER!

Just heard that Mayor Bowser is kicking the Utah National Guard out of all DC hotels tomorrow. More than 1200 troops from 10 states are being evicted. This is unacceptable. 1/2

These brave men and women have risked their lives protecting DC for three days. Rioting, looting, arson, and vandalism have all disappeared bc these soldiers served. And now they are being kicked to the curb by an ungrateful mayor. This must be stopped. 2/2 pic.twitter.com/YYyctKvUqN

The incompetent Mayor of Washington, D.C., @MayorBowser, who’s budget is totally out of control and is constantly coming back to us for “handouts”, is now fighting with the National Guard, who saved her from great embarrassment…

Senator — until they are recalled home — which I have formally requested from the President, your troops are in DC hotels. However, DC residents cannot pay their hotel bills. The Army can clear that up with the hotel today, and we are willing to help. https://t.co/WZypXMubxl

At a press conference on Friday afternoon, Mayor Bowser explained it comes down to who pays. They can’t kick out the guardsmen, but she says, they’re not going to foot the bill either.

A spokesperson for the Mayor told the Verify team that the city has a contract with the Marriott Marquis hotel to house D.C. National Guard members activated in the Covid-19 response.

The contract is not meant for guardsmen deployed to D.C. because of the protests.