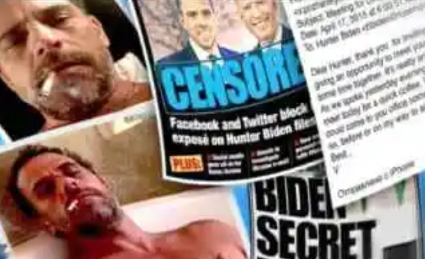 Why Many Believe the Midterm Election was Stolen

There are three basic reasons many will believe the 2022 Midterm Election was stolen. The reasons center on accountability, human nature, and historical cycles throughout our country. Acting President Joe Biden is both mentally impaired and arrogantly cocky. He has a tendency to say the quiet part out loud in his old age, from the time he confessed, “We have put together, I think, the most extensive and inclusive voter fraud organization in the history of American politics,” in October of 2020, to last month, when he got caught on a hot mic saying, “Nobody f*cks with a Biden.”

Then early this month ,Biden, again, said the quiet part out loud.

“Biden Warns: ‘In Some Cases, We Won’t Know The Winner Of The Election Until After A Few Days’”

Sure, in cases where corrupt Democrats have control over the vote-counting process!

A very interesting meme began circulating the Internet after the election stating, “Florida had 7.7 million voters in the 2022 Midterm Election and had their vote totals done by midnight.  Arizona had 2.3 million voters, and it is expected to take a week or more.  Awake yet?!”

The way many states now conduct our elections for Federal offices in both the Midterm and General elections cannot pass the muster of a multi-layered forensic audit.

The Electoral Integrity Project outlines the steps of such an audit as follows:

“The study of ‘electoral forensics’ has become increasingly popular in the last decade. Like medical autopsies conducted after death arising from suspicious circumstances, statistical techniques can be used to analyze election returns reported in local wards, polling districts, or constituencies.

The aim is to detect local outliers to the usual patterns of election results, such as in voter registration, voting turnout, vote shares cast for the incumbent, blank or invalid ballots cast, or other anomalies in the official results. Where outliers cannot be explained satisfactorily by other factors, these appear to indicate cases of irregularities arising from practices such as electoral fraud, ballot-stuffing, malpractice, bribery, or vote tampering.

These techniques are most effective for capturing any problems occurring on or just after polling day.  This is a valuable way to detect the most obvious types of voting anomalies which suggest illegal practices, irregularities, and fraudulent manipulation of the outcome, particularly when statistical analysis is supplemented by other types of evidence, including the reports of observer missions, election watch NGOs, or journalists.

The techniques are unable to detect various types of malpractice occurring earlier during the electoral cycle and prior to polling day, however, such as those arising from media bias in campaign coverage, electoral laws, partisan redistricting, or restrictions on party registration or ballot access for candidates.”

Another interesting aspect is the states do not all adhere to the same rules in elections. For example, “ballot collecting,” also called “ballot harvesting,” is legal in 26 states. If you think of it as helping elderly people to cast absentee ballots due to health and mobility issues, it is a good thing.  However, if you have a situation such as was shown in the documentary “2000 Mules”, it can be a way to stuff the ballot box with illegal and illegitimate ballots cast by no American citizen in a chain of custody audit.

A small percentage of Americans have heard knowledge of and seen some evidence of human trafficking and possible sex slavery or even possible pedophilia from the laptop with Hunter Biden.  It is illegal for any American citizen to have child pornography, so whoever is leaking these photos of Hunter and these young girls is now blurring out the sensitive details of faces and private parts. Another interesting fact, Americans almost universally hate pedophiles and that includes much of America’s prison population.

People have a strange fascination with the macabre that goes back to historic days of public hangings in America to bad accidents such as the recent air disaster in Dallas, Texas. People are often heard to later ashamedly admit, “I just couldn’t look away!”

A trial of Joe and Hunter Biden for International money laundering, possession of a firearm by a drug addict (in possession of drugs), and engaging in and having child pornography would top the O.J. Simpson trial of some 27 years ago.  That trial and the civil trial offered record viewing audiences in the broadcast television and radio markets. No doubt newspaper sales did well back then, too, as the Internet was still in its infancy.

People want to see justice served, and they constantly want to know the truth in, “What really happened?” The first is related to humanity’s sense of right always needing to trump wrong (some people refer to it as karma).  The second is related to human curiosity.

Americans have a documented pattern of throwing a party out of office at the Midterm election when that party has held controlling power and failed their electorate. This is a fact, and this is why this last election is now suspect.

No better example of this exists than the time President Ronald Reagan got President Jimmy Carter tossed out of the White House after one term as president.  Carter’s crimes? America had double-digit inflation running at around 14% after just four years of Carter and then had the illegal hostage situation whereby our embassy personnel in Iran were illegally taken captive.  That was followed by a botched attempt by the military to rescue them.

Joe Biden has inflation near double digits in just two years. His botched withdrawal from Afghanistan got 13 American military personnel needlessly killed as Biden disregarded the advice of his top military generals.

I don’t think America saw the predicted “Red Wave” due to any fault of the most typically blamed three; the American voters, the Republican Party, or endorsements of President Donald Trump. I think America has learned nothing in the last two years, yet this was possibly another rigged election for the Democrats in office.  The FBI and DOJ have now outed themselves relative to their blind loyalty to the Democratic Party. Hence, any hopes of a truthful in-depth investigation into any national election fraud now seem to be off the table.

Another part about Americans and their human natures, we love happy endings, don’t we? This story has yet to have a happy ending.

Mark S. Schwendau is a retired technology professor who has always had a sideline in news-editorial writing where his byline has been, “Bringing little known news to people who simply want to know the truth.”  He classifies himself as a Christian conservative who God cast to be a realist.  Mark is an award-winning educator who has published seven books and numerous peer-reviewed trade journal articles, some of which can be found on the Internet.  His father was a fireman/paramedic, while his mother was a registered nurse.  He holds multiple degrees in technology education, industrial management, OSHA Safety, and Driver’s Education.  His personal website is www.IDrawIWrite.Tech.

Hunter Biden’s Coming Charges are a Charade!October 7, 2022In “Columns”

Russia Won’t Prioritize Griner to Help Biden in the MidtermsOctober 17, 2022In “Home of News, Politics & Opinion”