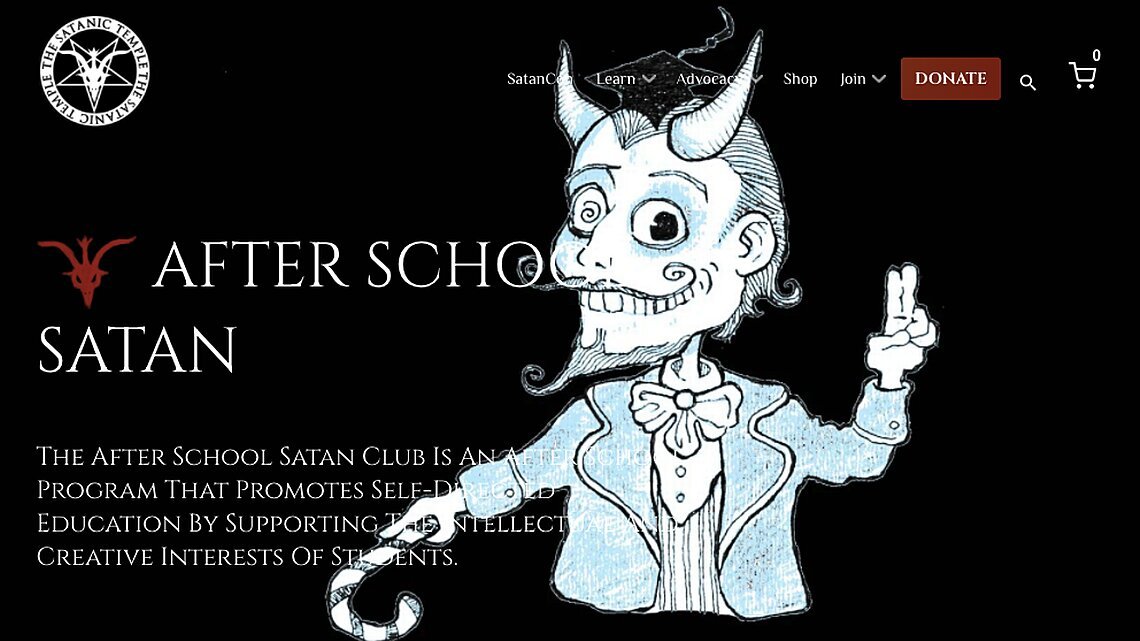 An Elementary school in Warren County, Ohio is under intense scrutiny from parents and community members after the school decided to allow an after-school Satan club that is being offered by the Satanic Temple to be held on its campus.

Rightfully outraged parents are demanding answers after a flyer that invites 5 to 11-year-old Donovan Elementary students to join the demonic club circulated among the school and on social media this week.

Per the flyer, the club will hold four gatherings through the spring semester at the elementary school.

An elementary school in Ohio is hosting an after school Satan club pic.twitter.com/ar5Ml6ZApi

The flier mirrors another that had been discovered making its way around an elementary school in Illinois earlier this month.

What is going on?

As for the group organizing the event, The Satanic Temple, their co-founder claimed the Satan Club won’t try to convert children to Satanism or force them to worship the devil.

“This actually isn’t a club that’s meant to proselytize Satanism or even engage in discussions about religious opinion,” Satanic Temple co-founder Lucien Greaves told WQAD. “This is an educational program meant to focus on critical thinking and just basic education skills.”

Similar to the first advertisement, the flier promises “fun” by way of “science projects, puzzles, games, art projects, and nature activities,” and also says the young children will be taught “empathy, creative expression, and ‘personal sovereignty – which is the “concept of property in one’s own person, expressed as the moral or natural right of a person to have bodily integrity,”and is definitely not something a 5-year-old has the faculties to comprehend.

The satanic club hosted at the Lebanon City School has generated enough concern among parents that the district felt compelled to respond on Thursday.

“Parental permission is required to attend. Superintendent Isaac Seevers says the same is true of every after-school activity in the district.

He clarifies the club is not sponsored by the district or Donovan Elementary.

Seevers published a letter Thursday to families aiming to address “concerns and confusion” about the club.

The district, he writes, recently approved a facilities rental for the group after a Lebanon resident completed the required application and