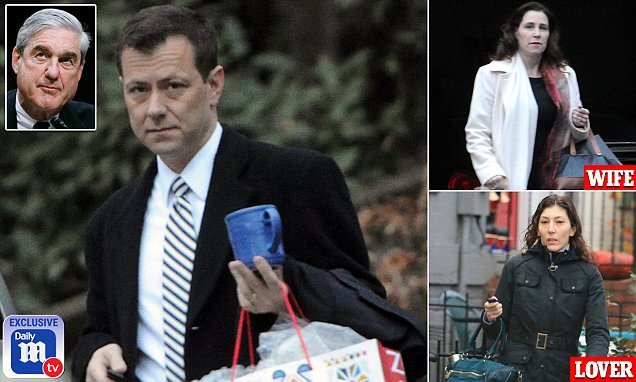 (Above picture from the Daily Mail.com)

You just can’t make this stuff up.  Peter Strzok’s wife has been promoted to Director of the Division of Enforcement at the SEC

“Melissa’s dedication to investor protection, broad experience in the Division, and proven track record of collaboration and creative problem solving make her ideally suited to this role,” said SEC Acting Chair Allison Herren Lee. “As Associate Director, Melissa has overseen a wide range of complex and programmatically important matters, and has been a leading voice in the Division on critical issues of diversity, hiring, and labor-management relations. She is highly respected by her colleagues in the Division and across the agency for her intellect and dedication.”

“It has been my honor to serve with the incredibly talented staff across the Division of Enforcement for over a decade,” said Ms. Hodgman. “I am constantly inspired by the dedication of my colleagues in the Division and across the Commission, especially with the challenges of the last year. I look forward to continuing my work with them in the role of Acting Director and supporting the Commission’s mission of protecting investors and market integrity through the aggressive pursuit of all forms of fraud and misconduct in our markets.”

Ms. Hodgman is the wife of perhaps the most corrupt individual in US government history who’s not a politician, Peter Strzok.  Strzok was involved in the exoneration of Hillary Clinton and the set up and multi-year harassment and attempted coup of President Trump in the Russia-collusion national nightmare based entirely on lies.

The entire world got to know Peter Strzok after text messages between Strzok and FBI lawyer Lisa Page were released during the Russia-collusion sham investigation.  We now know that the FBI knew the entire case was a sham before they even moved forward with it and before the President won the 2016 election.

At that same time Strzok and Page were working on setting the future President up, they were reportedly having an affair.  Strzok was at the center of two historical cases, the Hillary Clinton exoneration for email abuse and President Trump’s multi-year harassment by the FBI and Justice System for a made-up Russia-collusion fantasy.

Strzok was finally put before Congress and Representative Louie Gohmert called him out on his lying – specifically lying to his wife: