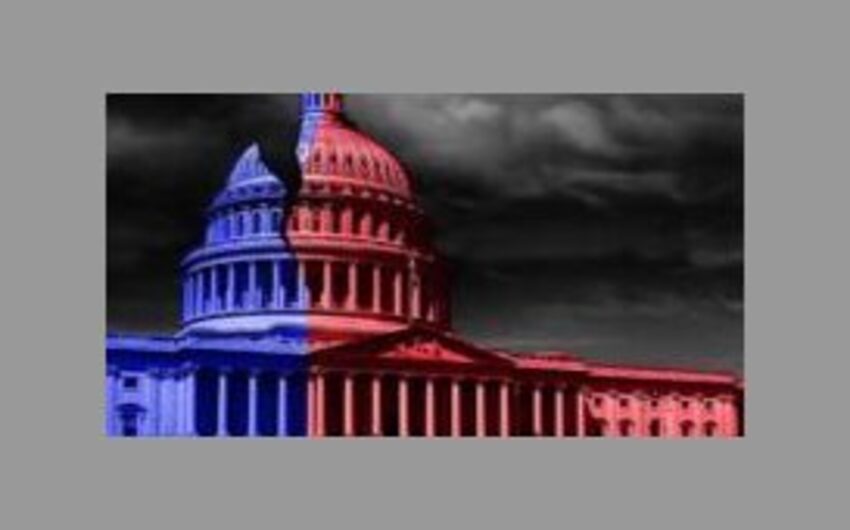 STAND UP AND FIGHT!

You knew it was gonna happen, you could feel it in the air, Americans rose up & took huge control of their govt, enough was enough & lack of trust sealed the takeover, anyone thinks God didn’t vote?

Now the hard work begins, stop the bleeding of America & investigate the govt which caused it. ‘The People,’ need to know the facts of what caused this threat to the American way of life. We need America First Representatives in Congress to set the tone of the New Republican Party & that means starting in the Senate. Mitch McConnell can no longer lead the Senate, no more deals, no compromise, only America First & that means Rick Scott, Ted Cruz, etc. leading the Senate, we can do better than what we have, we must do better.

We lost freedoms, jobs, speech, prosperity, security, the innocence of our youth through a woke educ system & more all caused by govt. Now we have, across America, people who believe in America First in local, state & federal govt, yes, the American people spoke loud & clear as to the form of govt they feel governs best.

However, our duty as citizens isn’t done. We may have stopped a lot of bad things happening to Americans & America but not all. The President still has veto power over Congressional bills & possesses the powers of Executive Orders, but we can stop most of it. Now it is upon us to assure those people we elected & those already in office do all in their power to make America first & to expose the truth to the American people of those things this govt did to America.

Weeks ago, I said after the elections the media will turn on Biden. They don’t want him running again, he served his purpose, & got them in the White House now it’s time for him to go, he is a detriment to them. I wonder if the boots will be on the ground after November, you know, like before when Democrats lost an election, with BLM & Antifa on the streets, etc. supported by the Democrats in many ways. The govt will be busy with challenges & litigation over the election results, media will have to say the election was stolen. Hey, I always get ready for the worse & hope it doesn’t come true. I always wondered just how many Patriots are in America, but couldn’t really figure that out, I believe we are soon to find out how many Patriots are in America, and I feel good about that.

People have witnessed rainbows over Freedom rallies across the nation, in Miami there was a double rainbow some say representing the Senate & House. We were told on the voting night there will be a red moon, are we witnessing a divine intervention? Remember the Founders said ‘one nation under God,’ & we all heard of ‘God’s Country,’ I’m waiting for that Red Moon tomorrow, food for thought.

I believe America has the independent vote, I used to be one, Independents require two things: what do you believe in & what are you going to do? Add to that the spirit in the air that MAGA isn’t about a Party, it’s about Making America Great Again through any available avenue. Some say this is the making of the ‘New Republican Party,’ & I tend to agree & rhinos should gracefully retire because they are not needed in this movement. So, Republicans say what they believe in & what they intend to do. Democrats on the other hand never really said what they believe in because their actions speak for themselves. As to what they will do, think hard on this, the most compelling & consistent message they have delivered is MAGA Republicans are going to destroy Democracy. My first thought is they don’t realize what form of govt we live under, it’s not a Democracy, it’s a Constitutional Republic & that scares me a lil. They say people who want to Make America Great Again are a threat, domestic terrorists, and fascists. I do agree they are a threat, a threat to a govt that has destroyed our Economy, that has embarrassed us on the World Stage, that has imposed Mandates upon citizens causing loss of employment & freedoms, that has defunded the Law Enforcement that protects citizens, that has opened our borders to over 6 million people who have entered illegally & receive taxpayers $ to support that entry. Couple all that with they never did say what they would do to fix America, so I assume they believe all is well with America

This is going to be a historic election in many ways. I already see ‘problems’ in the election process in numerous states, however, I also see Patriots on site, recording, watching, asking questions, establishing a documented record, in communicating with voters. There may be ‘problems,’ but we know how to deal with those problems & if that should result in uncovering election interference then I think MAGA people would want to fully see accountability to the law. With all the problems tonight, I feel that American Spirit in the air.

I just heard a Red wave was overtaking Florida, that’s nice but I thought I already lived through a Red wave in Florida but I welcome another wave, yes a land of Patriots. Oops, Florida was just declared as a solidly Red state, see there is a God, just gotta believe. And what’s going on in NY, AZ, VA, MI, etc we are picking up seats seems like a lot of people believe.

We now have control of the House, not as big as believed but we have control, who cares how big? Now, it’s down to the Senate seats in AZ & NV & they are close & looking better. Seems mathematics is showing Kerri Lake as NV Gov, that would be a huge win. The fact is right now, we have the House control which means stopping the bleeding & conducting investigations through House Committees, issuing subpoenas, collecting documents, texts, and phone records, requiring testimony under oath, conduct public hearings so citizens can see the evidence of wrongdoing by govt officials. We have already won big, we now have power & if we win 2 Senate seats, we will have won just about total control of govt, only the President remains & we should be able to survive him for 2 years.

Now, America is relying on Kerri Lake & Blake Masters in Arizona to Save America. Guess what? We have the most highly skilled workers in AZ, from attorneys, organizers, IT people, politicians, and election fraud groups, everyone working together to assure the people of AZ have a voice. I jump around & I see a lot of people talking about an AZ win & I believe them, we were ready for this, 2020 taught us a lot & we knew what was coming. If you believe in God pray right now, if you don’t then send positive thoughts to America, we are all in this fight together.

And I have been rambling for days now following this thing & I’m done writing & you should be relieved. I leave with the thought, “We the People” have won this thing, called America.