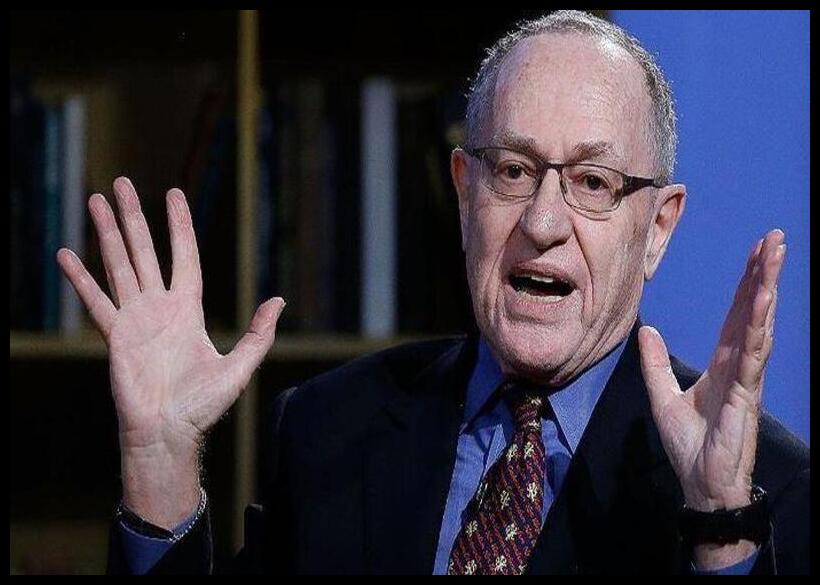 As President Trump gears up for his big day in court the Senate on Tuesday, CNN reports that he is adding three more lawyers to his impeachment defense team.

They will join a team led by White House counsel Pat Cipollone (the successor to Don McGahn) and external attorney Jay Sekulow, who also was a key player on the team of lawyers that represented Trump during the Mueller probe. Both Sekulow and Cipollone are still expected to deliver statement’s on Trump’s behalf from the Senate floor after the trial opens on Tuesday.

Some of the new additions have been rumored since shortly before the House voted to impeach the president last month.

Dershowitz confirmed the news – or at least confirmed that he would be joining the team – in a series of tweets:

STATEMENT REGARDING PROFESSOR DERSHOWITZ’S ROLE IN THE SENATE TRIAL - Professor Dershowitz will present oral arguments at the Senate trial to address the constitutional arguments against impeachment and removal. (1of 2)

(2 of 3) While Professor Dershowitz is non partisan when it comes to the constitution—he opposed the impeachment of President Bill Clinton and voted for Hillary Clinton— he believes the issues at stake go to the heart of our enduring Constitution.

(3of 3) He is participating in this impeachment trial to defend the integrity of the Constitution and to prevent the creation of a dangerous constitutional precedent.

As we explained yesterday, Dems and Republicans are still battling over whether to subpoena witnesses (including Lev Parnas) and explore additional evidence in the trial (the Dems’ position) or to wrap up the proceedings without calling witnesses (the White House position). Whatever happens, it’s extremely unlikely that President Trump will be impeached.

Dershowitz has been one of the most outspoken critics of the Democrats’ impeachment strategy. In several op-eds written for the Hill and the Gatestone Institute, Dershowitz condemned the impeachment push as a political ‘weapon’ being used against the president to try and bolster the Dems’ position heading into November.

For his support, Trump invited Dershowitz to the White House in December to speak at a Hanukkah event.

Of course, opinion polls suggest that despite all of the effort the Dems have squandered on impeachment, public approval of the president is little-changed.

Proceedings are expected to start on Tuesday, after the long holiday weekend.