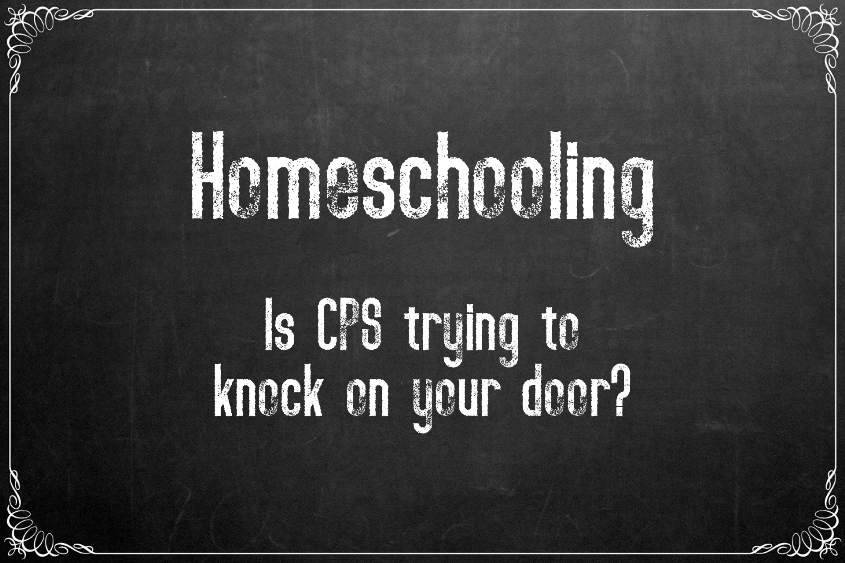 BE AWARE: Attempted Bills on Homeschooling   by Corey Lynn via coreysdigs.com   I recently did a report on children’s books in schools and how the so-called education system is indoctrinating children and filling their minds with false agendas, one-sided views, trying to break family units, and fear mongering. I proposed some suggestions at the end of the article, then took to twitter to see what “solutions” parents might have. It received an enormous amount of suggestions, from removing it from Federal control and putting it under the States, to disbanding teachers unions, and parents communicating more with their children and getting involved with the schools. The most widely suggested idea was to homeschool.

With homeschooling growing at an estimated rate of 2% to 8% per annum just over the past few years, and over 1.6 million children being homeschooled, I knew that this would eventually hinder their indoctrination agenda, and suspected that states might attempt to instill new laws and crack down on homeschooling. My suspicions were right, and it’s far worse than I imagined. If there is one thing that most parents who homeschool have in common, it is that they have activism in their blood. That said, those parents, and all parents who are considering homeschooling, need to be on high alert and pay attention to any bills being proposed in regard to homeschooling. The last thing they want is for you to pull your children from public schools and teach them the truth.

In fact, Sen. Kamala Harris has recently proposed a bill to extend school hours to 6pm, and the teachers unions are backing this. That in itself is very telling. I mean, why wouldn’t they want to keep your children for additional hours each day so that the state can raise them and pump their minds full of disinformation while you are slave to the money system they created? By proposing it under the guise of helping parents out by providing a place for the children to be until the parents get home from work, is a manipulative enticement that should be seen for what it is.

There has been a lot of state legislation, rules and regulations, and control over homeschooling throughout the years, but recent proposed bills are becoming alarming and indicative of trying to intimidate parents away from homeschooling. When they want Child Protective Services (CPS) knocking on your door to approve of homeschooling, there is a big problem. Even the National Advisory Committee on the Sex Trafficking of Children & Youth in the United States is requesting ideas and recommendations for professionals working in the foster care system. Why? Because they’ve stated that they recognize child trafficking is a huge issue in this country and have been observing the increasingly vocal concerns about the CPS system. They have even acknowledged this in the State Department’s 2019 Trafficking in Persons report. I recently did a report covering the corrupt child welfare system in southern Florida.

Earlier this year, in Illinois, Democratic State Rep. Monica Bristow introduced House Bill 3560, which would have required Child Protective Services to investigate the homes of all children being homeschooled to ensure there was no suspected child abuse or neglect in the home. Of course, even if there was no reason for these suspicions, the parents would be forced to allow CPS to enter their homes and investigate before they were allowed to homeschool. Fortunately, this bill was tabled and killed in less than a week, but it doesn’t mean they won’t attempt something of this nature again in the near future. More likely than not, Bristow was contacted by numerous disgusted parents, and had to table the bill. From 2017-2018, there were 66,250 children being homeschooled in Illinois. Imagine CPS utilizing their time to knock on the doors of all of those families in a “guilty until proven innocent” crackdown.

In January, a similar bill was introduced in Iowa that proposes quarterly home visits to check on the health and safety of children being homeschooled. This bill states that the visits will take place in the child’s residence “with the consent of the parent, guardian, or legal custodian,” but is followed up with – “if permission to enter the home to interview or observe the child is refused, the juvenile court or district court upon a showing of probable cause may authorize the person making the home visit to enter the home and interview or observe the child.” So basically, intimidation tactics, governed by an already corrupt CPS and court system, whereby most parents probably wouldn’t even know they could refuse entry. That makes you feel all warm and fuzzy, doesn’t it? Furthermore, they do not indicate what constitutes as “probable cause.” This bill did not make it out of the House Education Committee before the required 2019 session “funnel” date.

Tennessee attempted to pass a partisan bill that would have prevented families under investigation by child services from switching to homeschooling without permission. It failed.

Louisiana tried to pass a bill that would have prevented homeschooling when a registered sex offender lives in the household, but it failed to pass. Kentucky proposed a similar bill in 2017. This all poses an interesting debate. Whereas some registered sex offenders may have been wrongly accused and convicted, it is alarming that those who have abused children are allowed to reside in the same home with children. Generally this is not the case during their supervision period, but once that passes, those rules may be dropped. It is a known fact that nearly all child predators don’t lose their desire for children or stop acting on those desires.

In 2018, Maryland introduced a Democrat partisan bill that would have required two annual home visits by a representative of the country board of education to try to identify homes where children were being abused or neglected and “notify certain agencies.” This bill failed.

These bills are a sampling of the government’s attempt to control your parental rights, your children’s rights, and your freedom. Now more than ever it is important to stay on top of what bills are being introduced, rally together, and fight them tooth and nail. The last thing you want is CPS knocking on your door. They are unwilling to loosen the reigns on their indoctrination agenda, so it is up to the parents to monitor what is being taught in their child’s public school, in addition to what new laws they are trying to instill for those homeschooling.

Whereas several of these bills have failed, there is a pattern emerging across state lines, and make no mistake, they will continue these efforts. You don’t want to receive a knock on your door from CPS one day, because the bill you never thought would pass, passed. We all witnessed this with the passing of full term abortion bills to fuel their abortion agenda. Stay vigilant.

The post BE AWARE: Attempted Bills on Homeschooling appeared first on coreysdigs.com.