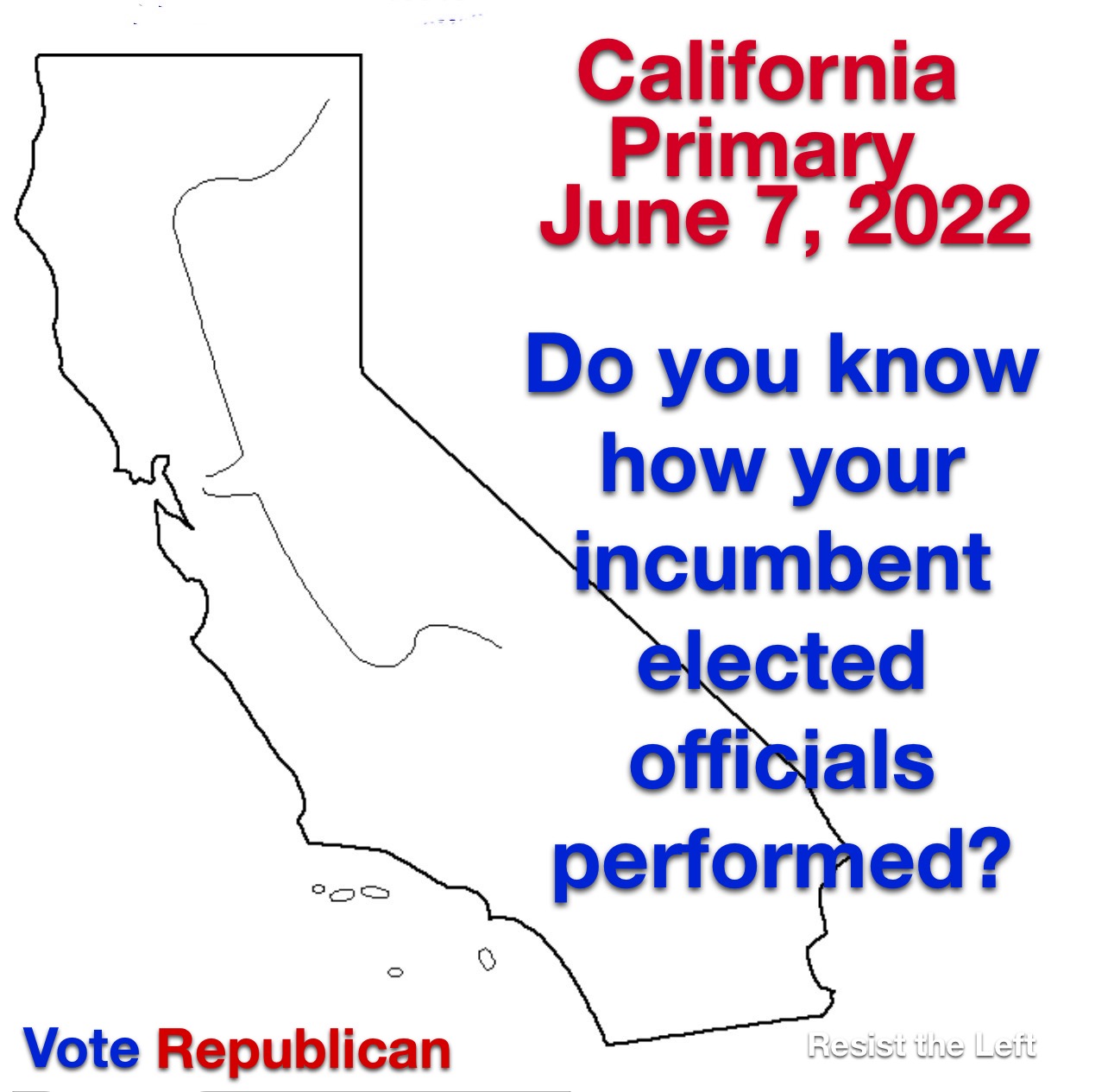 California’s primary is June 7, 2022. When attempting to choose a political candidate, it is difficult to discern rhetoric from action. We saw a lot of new candidates in the 2020 election, more than any election I can remember. However, I believe this year’s mid terms has 2020 beat. The point is – there is  no need to keep a rino in office. You have choices!

We do have one very very good method we can use to examine how our incumbent candidates performed. I give Conservative Review (CR) full credit for establishing this method. Every time either chamber votes, CR captures the vote and establishes if the vote supported  conservative principals and values. They assign a letter grade from A to F  based upon the percentage votes. The votes used to calculate are the top 50 votes for the most current six years.

As I was ranking our conservative Senate and House, it hit me like a sledge hammer – we have a problem and it’s a serious problem.

Traditionally, we have used the term Rino to identify a member of Congress who stood against President Trump. The majority of the Rino’s who did this are in the D and F category.

It is time to expand our view of what a Rino is. D’s and F’s are failing grades and need to go. They are making no contribution to the balance of power in Congress. How could they when the facts show they are aiding and abetting our enemies on the left?  The have been classified a rino based upon six years of votes.

Here are the percentages the grades are based upon :

California here is how your elected House members voted: 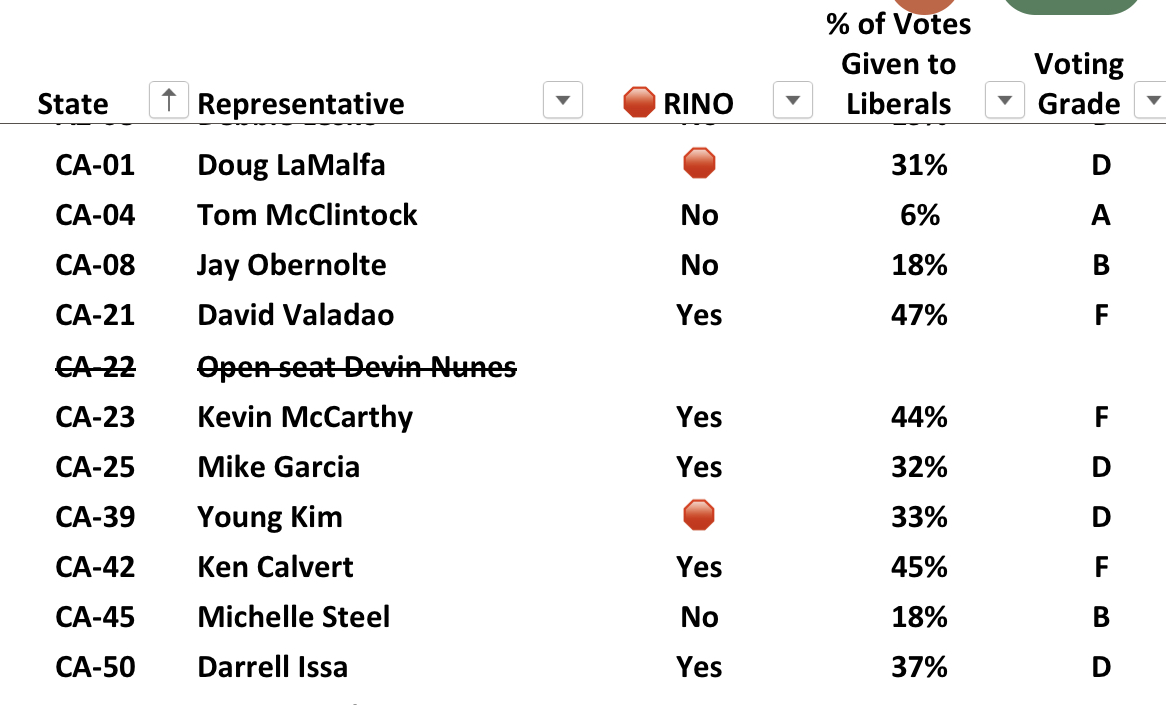 Kudos to Tom McClintock Grade A!

Kudos to Jay Obernolte and Michelle Steel Grade B!

Disappointing – Young Kim who took office in 2021 is a grade D. Besides giving the liberals 33% of her votes she also voted with the liberals to remove Marjory Taylor Greene from her committees.  Kim Young needs to get out!

Lets take a look at the CA incumbents who assumed office in 2021 with a Grade D:

How does someone destroy their voting record in 18 months? Could it be they are Democrats who ran on a Republican ticket. Looking at their votes defines who they are. Those votes sets apart words from  their actions. It is actions that count!

I can so clearly remembering supporting both of them. It makes me laugh when I think of how critical I have been over some of President Trump’s endorsements. After doing the rankings I can assure you he has a much better record of picking people than I do.

It is with no doubt in my mind that Kevin McCarthy is unfit to lead the United States of America’s House of Representatives. California, you need to throw him out the door so fast it doesn’t have a chance to hit him on the ass on the way out.

It goes without saying the F’s need to cash in and get out. They are taking America down and selling us out. The D’s and F’s are participating in the gang rape of the taxpayer vault.

If you want to see the votes that earned them the grades (take some Rolaids because it will turn your stomach), click on this link Conservative Review Liberty Scorecard

Do you need to know the choices you have to vote for? We at Conservative Choice Campaign highly recommend this voting guide:

You can find me on :

You can email us at [email protected]