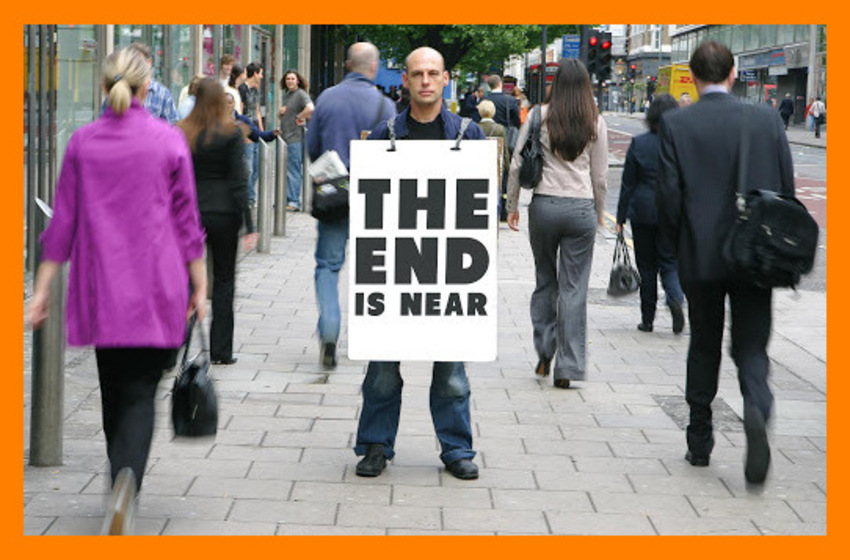 Politicians, news networks and religious leaders use public panic over pandemics to increase their power!

Politicians, news networks and religious leaders use public panic over pandemics to increase their power.

What is it about potential pandemics like the coronavirus, or Ebola, or H1N1, or whatever was going to kill us all the year prior, that turns totally rational people into lunatics? My 72-year-old mother was going to take her first post-retirement trip soon but cancelled her flight and plans to see the Grand Canyon after the coronavirus became the hottest political issue of the year. I’m not calling my mother a lunatic but I do think she and millions of others are overreacting. I reserve the lunatic label at the moment for the floating heads she keeps on in the background that are warning her of her own imminent death via an illness that’s claimed only one life in the U.S. to date.

Mainstream media sees huge increases in viewership the more catastrophic the event meaning the more the public panics, the more they can sell ads for. This is why mass shootings are typically only covered with such vigor if they meet some criteria like the victim count is over four and the weapons that were used are “scarier” than a shotgun or Glock. This Journal of Crime and Justice study asserts that the most salient predictors of how much media coverage a mass shooting receives depends on the race or ethnicity of the shooter as well as the victim count.  Mainstream media is essentially just a broker for tragedy porn and even though it is awful, they are meeting the demand put on them with a justifiable public outcry for more information.

But with potential pandemics, the possibilities for speculation leave nothing off the table. Pundits can predict Armageddon and bypass fact-checkers because nothing has happened yet. And when the perception of risk increases, the actual feeling of risk increases. More people tune in, viewership skyrockets, and panic continues to spread.

As the media becomes more fixated and thus more hysteric about a potential illness, they have real effects on the public. In Mississippi, parents pulled their children out of schools and demanded administrators resign during the Ebola breakout in West Africa. Mississippi has had no cases of Ebola.

Every few years, humanity succumbs to mass hysteria at the prospect of a global pandemic. In this century alone, SARS, H1N1, Ebola, MERS, Zika, and now the coronavirus have all generated reactions that, in retrospect, seem disproportionate to the actual impact of the disease. The 2002-03 SARS outbreak in China (also a coronavirus, likely transmitted from bat to human) infected 8,000 people and caused fewer than 800 deaths. Nonetheless, it resulted in an estimated $40 billion in lost economic activity, owing to closed borders, travel stoppages, business disruptions, and emergency health-care costs.

Humans react as groups when bombarded with news of these viruses. Is it because there is a legitimate risk or is it really some weakness within the human mind? A bit of both.

Researchers have long ago determined that when we hear about a risk to our communities, we react with desire to protect ourselves and groups. But the amount of time a person hears about a direct threat will increase the paranoia that it will really happen to them.

If I told you that your community may definitely face a rash of home invasions but I’m not sure when, you may look around more closely and see signs and criminals everywhere. It is what so-called “victims of “gangstalking” claim. Thousands of videos have been posted by people claiming to be targets of huge conspiracies consisting of strangers following them everywhere. The videos are really just one crazy guy in a public place waving his cellphone’s camera in everyone’s face and when they look at him or dare scratch their noses, the amateur videographer will claim that person is a stalker and their hand gestures are actually a sophisticated language being used to communicate with other stalkers in the premises.

Their psychosis is then reinforced in groups and forums all over the internet where other delusional individuals with similar mental states will validate what they all believe. That random person changing their flat tire by where you happen to be is definitely from the government or conglomerate and only exists to keep tabs on you.

In the case of the coronavirus, the media acts as one of these enablers and their validation of your paranoia weighs more since these are syndicated and (some, not me, may argue) reputable sources.

For these people, Ebola hits a psychological nerve, a base evolutionary reaction to recoil from the things that can cause us or our communities harm. And that reaction becomes stronger when the disease creeps closer. These psychological reactions happen on a gut level, and we aren’t always aware they occur.

While risk to yourself and community is a legitimate and rational concern, constant coverage of a low-chance threat like being wiped out by a virus can change the way our entire world operates. Stock markets bomb, travel is halted and suspicions of other people skyrocket. When you expect it to be the end of the world, everything looks like a sign.

Diseases and illnesses aren’t becoming deadlier but the mass hysteria surrounded them becomes better organized and faster thanks to the speed of technologies like social media allowing hysteria to evolve and flow through borders all so strangers can bond and feel connected.

That’s right, hysteria is better as a group activity. Humans are becoming worse at facing personal mortality alone. Since the dawn of time we have created these apocalypses in the foreseeable future that never seem to come to fruition. But they never lack tragedy.

In 2010, an 89-year-old man name Camping told his religious followers that the world would end on October 21st. Just days before Armageddon, one of his followers in California, a woman named Lyn Benedetto, “became concerned that her daughters would suffer terribly in the coming apocalypse.” She forced her daughters, 11 and 14, to lie on a bed and then cut their throats with a box cutter before attempting to take her own life.

The Sandy Hook Elementary School shooter on December 14th, 2012, Adam Lanza frequently posted about the Mayan Apocalypse scheduled for just a week after he shot and killed 20 children and a half-dozen faculty members. His mother, who he shot in the face before heading to the grade school, was a “survivalist” who truly believe an economic collapse was eminent.

Or the Japanese cult, which carried out the Tokyo subway sarin attack in 1995, that had predicted the world would be destroyed by a nuclear war between 30 October and 29 November 2003.

My own father, the most brilliant man I know, who even made fun of the public panic of Y2K, still had us celebrate that New Year’s Eve in the basement. Maybe it was a joke, maybe it was the public panic. And while planes never really fell from the skies and cruise missiles didn’t launch themselves as the ball dropped, it became clear in the aftermath that leaders of fringe groups had “cleverly used fears of apocalyptic outcomes to manipulate followers into dramatic scenes of mass repentance and renewed commitment to their groups, additional giving of funds and more overt commitment to their respective organizations or churches.”

There’s some false sense of security that if death is happening to everyone else it’s easier to normalize. Look how we’ve normalized the real death bringers like heart disease with body-positivity movements. Meanwhile, the Beach Body Ready? billboard below, showing actual HEALTH was legally punished in the U.K. and the company behind the advertisement received bomb threats over it.

While heart disease is biggest killer on this planet, by far, hysterics surround some of the tiniest threats to human life with uncontrollable factors like mass shootings or climate change. The chart below shows the leading causes of death, size indicating prevalence. While guns and environmental deaths like natural disasters are no way considered a leading cause of death, I included them just to visually show how insignificant they are on the global scale of loss of life.

Consider how much government regulation is applied towards firearms and going green compared to preventing heart disease and other obesity related illnesses.

Devastating in it’s own way is the power we relinquish in the face of these events of human hysteria. People allow politicians to get away with anything if it looks like they’re helping and explains why the coronavirus has become so political now. Democrats are currently weaponizing the coronavirus and a pandemic that hasn’t even happened to score cheap points against President Trump.

Just like mainstream media, the more paranoid and hysteric the public is, the more politicians profit. Power increases when they use it to pass legislation that they wanted anyway (especially regarding gun control measures) and huge transfers of taxpayer wealth to their friends running non-profit organizations claiming to combat whatever the people are currently panicking about. They will also claim that their opposition is doing too little to help so they gain donations and contributions to their election campaigns.

The only way public hysteria helps is by lining the pockets of people designing a system to profit from panic.