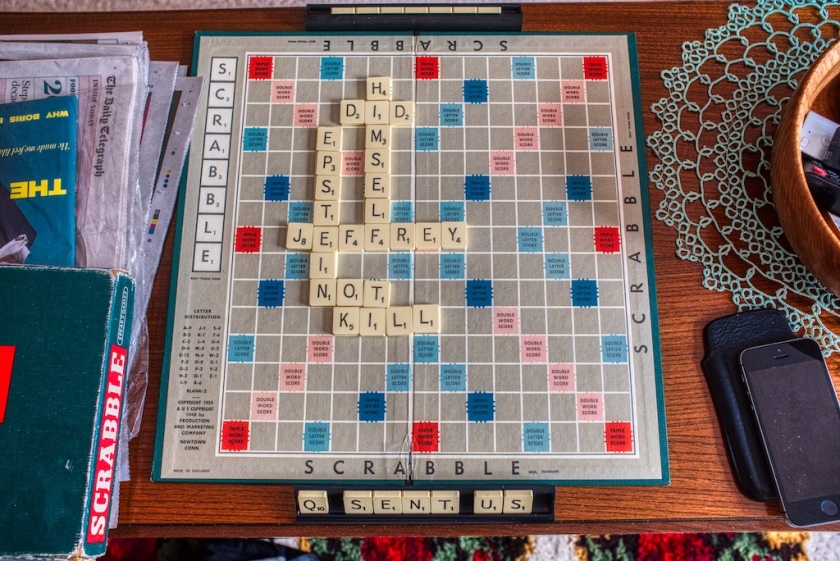 Back in August, Jeffrey Epstein did not kill himself. We do not know for sure if he is even dead, as he could still be in witness protection, and his “death” is a ruse using a substitute body. But the “official story” we were offered of his suicide is transparently absurd. Even the medical examiner agrees: “Hanging does not cause these broken bones, homicide does.”

Yet the corporate mainstream media has been very very very quiet on what ought to be the crime story of the century. Meanwhile, citizen journalists and an army of digital soldiers have been keeping the story alive, with Epstein themed memes and the #EpsteinCoverup hashtag. Something is clearly not right in the world.

Now we have a clearer picture of why there is that collective media omertà. Project Veritas has released candid videos of an ABC TV presenter accidentally spilling the beans on how the Epstein Island scandal was hushed up. We now have hard evidence of the corporate media failing to alert law enforcement to child abuse — thus breaking the law themselves — whilst allowing countless children to face an awful fate of rape (and worse).

As @metavinci points out, there’s a key quote from her:

“[Epstein] made his whole living blackmailing people. There was a lot of men in those planes, a lot of men who visited that island, lot of powerful men who came into that apartment,” she (ABCs Robach) said.”

The media has been sitting on this information for at least 3 years. There has been no hunt for information about who was travelling to Epstein Island, or for what purpose. Occam’s Razor strongly suggests that these aren’t journalists working for legitimate news organisations, they are accomplices working for a mafia media!

You may not want to believe it, but that is a solipsistic argument: that you cannot imagine this is true says a lot about your psychological constraints, or misreading of modern history, and nothing about the actual real world. To make sense of a complex reality you need to understand power in ALL its forms, including the very darkest.

We live in a world where paedophile networks have created “in-group promotion clubs” for the corrupt (like the CFR, Atlantic Council, Bilderberg). They use kompramat of the kind created at Epstein Island to ensure everyone is controlled and on-side as part of the #DeepState “gangster government”. The conspiracy of silence is maintained through mutually assured blackmail destruction and/or violence against defectors and whistleblowers.

These networks are allied to a psychopathic culture of multi-generational child abuse, including (for the core bloodlines involved) their own families. Underpinning much of this horror is a sex and death cult (demanding blood sacrifice), whose origins can be traced back through all of human history. The mafia media is owned and controlled by this structural elite — which is why they won’t touch this story unless absolutely forced to by you and me.

That “force” of us all demanding the light of truth to burn away the shadows is the #GreatAwakening — of which #MAGA is only one facet. It is the realisation that our society is essentially a “macro-cult” — The Cult of the Official Media Narrative — with more intense “micro-cults” embedded within it (like Extinction Rebellion).

The “baseline reality” for everybody has been “hacked” over a long period by these mafia media corporations, making the sane appear abnormal as “conspiracy theorists”.

The QAnon phenomenon plays straight into this #EpsteinCoverup story: Q has been telling us to focus on Epstein since November 2017, and emphasising its “keystone” importance to the #DeepState’s institutionalised criminality. At his most recent rally in Kentucky, Donald Trump also hinted in code that he is Q.

Can you see where this is going? The collective legitimacy of the mass media is on the line here.

The unsealing of the Epstein case forces the “Q question” of whether Q is indeed POTUS. That in turn sets off The Storm, since every accusation of Q against the mafia media and #DeepState will have to be proved in public. A “D5” of megascandals — the biggest possible size of avalanche — is the result in Q-speak.

But, but, but… there is a complication. The corrupt always accuse those seeking justice of the same crimes of which they are guilty, to confuse people and cause distraction. Raping children isn’t something that can be “spun” — but those Epstein worked for will accuse the righteous of the same crimes. So there’s a deception vs discernment battle raging among the public.

As French historian Alexis de Tocqueville famously said: “It is easier for the world to accept a simple lie than a complex truth.” So far, a sizeable chunk of the population has swallowed the simple lies of the mafia media. The “Q question” points to where the complex and awful truth is.

This conspiracy of silence around the Epstein cover-up should provoke deep searching of the conscience on this critical question of our age. For anyone who thinks that Q is a “debunked conspiracy theory” should consider if that belief is solely the result of a mafia media assuring them over and over that it is the case. After all, that same corporate media has protected Epstein (and all whom he serviced) with a conspiracy of silence.

I think you all know the answer, deep down, however uncomfortable it may be.

The good news for the deceived is that the #WWG1WGA spirit means those who accept reality for what it is will find kindness and acceptance from their discerning peers, and (hopefully) not humiliation or retribution. For Q’s offer to us all is to be the “exit counsellor” from the Cult of the Official Media Narrative — so that we can create a society free from mafia media mind control.