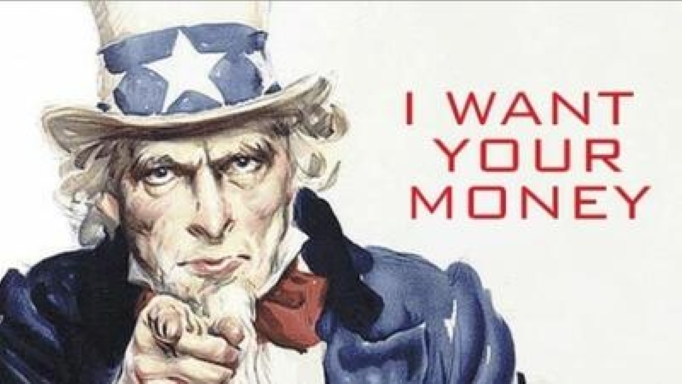 BIDEN IS A BOLD FACED-LIAR

In a surprise ruling , Judge Mark Pittman of the Northern District of Texas struck down President Joe Biden’s loan forgiveness program. The ruling provides validation to those who have raised objections about its legality (to say nothing of its acute unfairness ). While the Biden administration has already appealed the decision, and it’s likely to be overturned, here’s the judge’s reasoning behind the ruling:

1. The Department of Education is clearly inventing a major new authority that Congress did not intend. The HEROES Act is the justification the Biden administration used when directing the Department of Education to forgive loans. The 9/11-era law allows the Department to “waive or modify” loan provisions in a “national emergency.” However, the judge notes that the law “does not mention loan forgiveness” and instead seems to contemplate temporary flexibilities. In the ruling, Judge Pittman states the obvious:

When an agency claims to have found a previously ‘unheralded power’ in a rarely invoked statutory provision, its assertion generally warrants “a measure of skepticism.”

Indeed, the department has not used this power before and there is wide agreement that such a power does not exist. Appointees to former Secretary Betsy DeVos as well as those in the Obama administration , House Speaker Nancy Pelosi , and even Biden himself have all stated that the executive branch cannot simply forgive billions in loans.

2. A federal agency cannot use emergency power when the emergency is over. Here, the court directly cites this tweet from 60 Minutes, which contains a video of Biden asserting that “the pandemic is over” prior to the department’s action to forgive loans. More to the point, although COVID-19 was declared a national emergency, the ruling notes that “it is unclear whether the Program is ‘necessary in connection with [that] national emergency.’”

3. The Department of Education did not solicit public input on the loan forgiveness plan. To outside observers, this may seem like a technicality but, in fact, it is a critical step required by the Administrative Procedures Act (APA) if a federal agency decides to make major policy without Congress.

4. Those who did not benefit fully from forgiveness should get their day in court. Standing to sue has been a major barrier to other lawsuits aimed at stopping the loan forgiveness, however, the Trump-appointed judge ruled that the two plaintiffs in this case have standing. One plaintiff has private student loans and the other only qualified for $10,000 in relief rather than $20,000 because she was not a prior Pell Grant recipient. Legal experts surely will surely be debating that point intensely and higher courts may rule differently on the standing question.

The judge contended that these plaintiffs had a right to provide their input to the department through the APA-mandated public comment process before the policy was enacted.

For now, the forgiveness remains in limbo while this case is appealed and another is decided by the 8th Circuit Court of Appeals.

This article originally appeared in the AEIdeas blog and is reprinted with kind permission from the American Enterprise Institute.

Biden hands China’s Xi a propaganda victory at G-20
By: Michael Cunningham
Why do progressives support Democrats? Part one
By: John C. Goodman
Another female victim of the Taliban’s dystopia
By: Beth Bailey

Sign up now to get the Washington Examiner’s breaking news and timely commentary delivered right to your inbox.
OPINIONBELTWAY CONFIDENTIALBLOG CONTRIBUTORSOPINIONBIDEN ADMINISTRATIONSTUDENT LOANSAPPEALS COURTS
Share on: